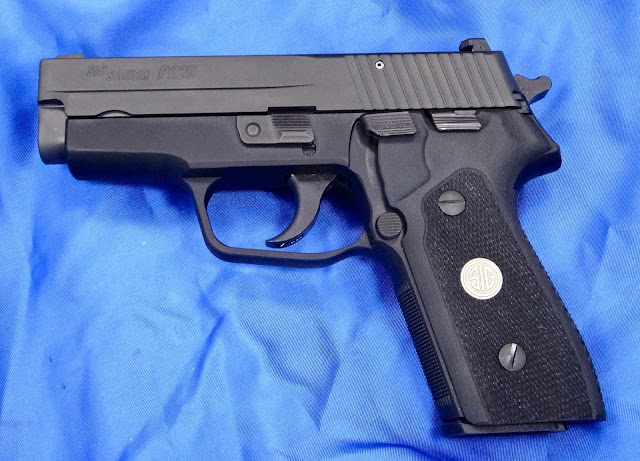 The SIG P225 is one of my favorite SIG pistols but SIG dropped them from their US catalogue many years ago. The US demand for this pistol was still strong so in the latter part of the last decade SIG emptied their warehouses of all remaining 225s and moved them into our marketplace.  Thousands of these pistols flooded gun shops but when they were gone, they were gone...until now!  SIG has reintroduced the P225 as the P225 A-1.  I'll get to the differences between the original design and the new A-1 after we look at a little history on the original P225.

Schweizerische Industrie Gesellschaft (SIG) got into the pistol business with the .45 ACP Model 220 which was marketed in the US in the late 1970’s as the Browning BDA. I had one offered to me in 1977 but turned it down since it did not look like a Colt Model 1911…ah, the mistakes of youth. When the West German police went looking to replace their Walther .32 caliber pistols with something a little more potent (global terrorism raising its nasty head and the Soviet Union just a stone’s throw away) they put out the word that they were looking for a single stack 9mm pistol. They chose three: the Walther P5, the Sig P255 (or the P6 in its government designation), and the Heckler & Koch P7. All were fine quality pistols (sadly none are still in production) but the SIG P225 was the least expensive of the trio and as the German States were authorized to select from these three the SIG got the lion’s share of the business. The SIG P225 is a scaled down version of the SIG P220 .45 ACP. It is slimmer and maintains the graceful lines and classic profile of the P220 with a slightly more pronounced curvature of the backstrap that most people find very accommodating.

The P225 was an instant hit and became the authorized sidearm for the Swiss and Swedish police forces as well as the Canadian Navy.

In 1995 the German police decided to look for a new pistol and began to take the P225 out of service. This has begun the boon for those in the U.S. who have always wanted one as the surplus handguns eventually made their way to our shores.

When the P225 was discontinued it looked like the days of the single stack pistols was dead.  At the time the handgun market was enamored with high capacity pistols utilizing wide double stack magazines.  However the market trend began to change several years later as customers with handgun permits wanted pistols that were slimmer and easier to conceal.  The reintroduction of the P225 as the P225 A-1 was eagerly awaited by those who were fans of the original pistol.

The New P225 A-1 does have some design changes from the original most obvious is the the rounded trigger guard and wider undercut where the guard meets the grip.  Additionally, the distance from the back-strap to the front-strap is shorter than the original 225.  The most notable operational change is the short reset trigger.  I don't know how SIG does it but each year it seems they are able to shave a few millimeters off the reset.  In comparing the original and the A-1 the difference is huge.  The original P225 was designed and manufactured before the development of the short reset trigger.  In comparison, the reset of the A-1 is near miraculous.

Otherwise, as the chart below shows, there aren't many differences between the specifications of the two designs. 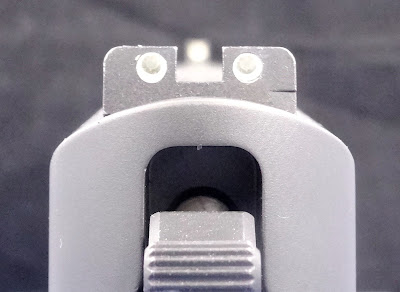 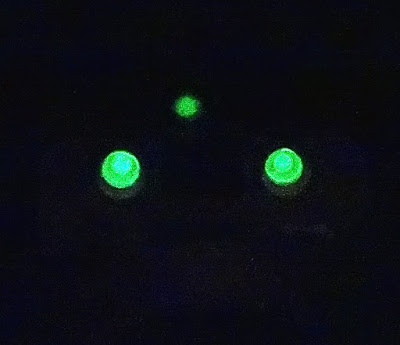 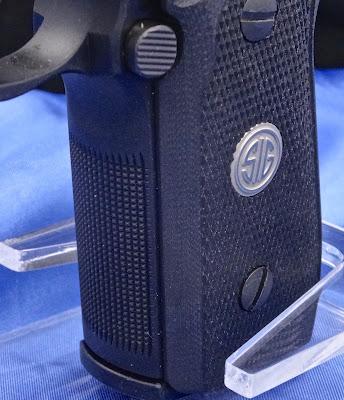 All of the pistol's controls are located on the left side of the pistol which included the take-down lever, the de-cocker, slide stop and magazine release.  Obviously, this pistol is not set up for left-handed users. 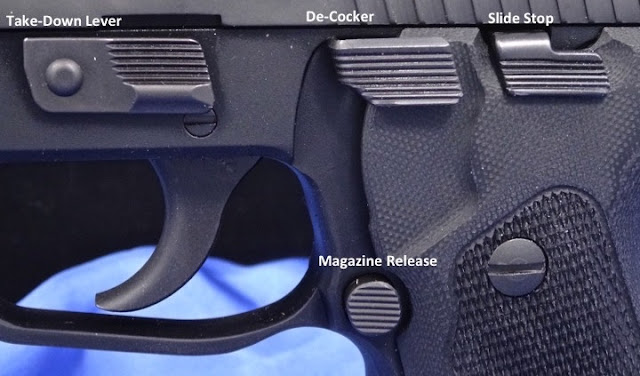 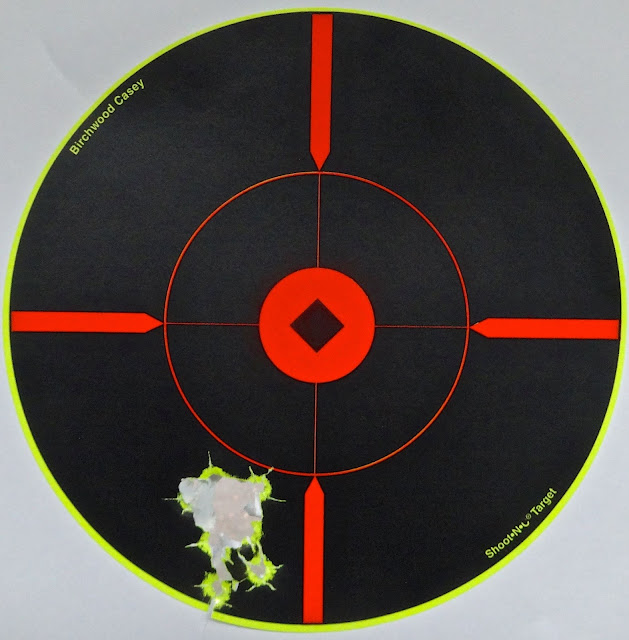 At 40 feet and changing my point of aim to the 2 O'clock point on the orange circle moved my shots over but they are still low. 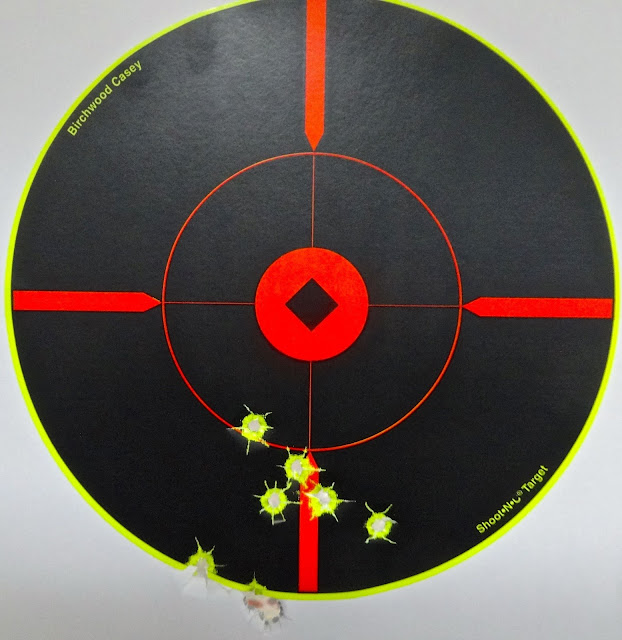 This is an excellent pistol but mine will require a shorter front sight and I will need to have the gunsmith move the rear sight to the right (if you've ever tried to drift adjust a SIG sight you know that it really needs a gunsmith with the proper equipment).

I'm glad SIG brought back the P225 in their A-1 configuration.  It has few changes from the original but the changes made bring the design into the 21st Century.
Posted by Average Joe's Handgun Reviews at 10:13 PM

They're obviously marketing towards conceal carry and there are some differences you could point out like that it is ever so slightly smaller in length thanks to the shorter barrel and they narrowed it a bit somehow. While those aren't overly significant reductions, every 10th of an inch matters. It also appears they have carry beveled the entire gun at least compared to your P6 example and added front strap checkering instead of serrations to match the G10 grips.

I carried a P6 that I had customized and Robar's excellent NP3 finish applied and I find this a nice update to the P225/P6 platform. I do wonder how existing holster fit the new A1, did you try it in any old holsters?