Carbines for Home Defense Part 3 of 4 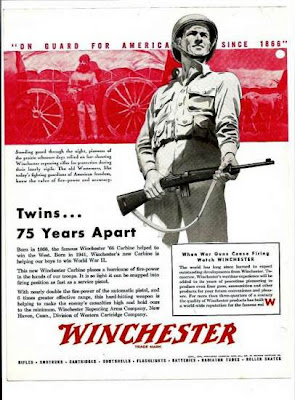 There are several different stories about why the military asked firearm manufacturers to develop a carbine during the early days of WWII. One version states that they were looking for a replacement for the .45 ACP sidearm because the pistol not easy to shoot and had a limited range of 50 yards maximum. Another version says that it was developed for paratroopers who needed a rifle that was lighter and more compact than the military’s standard battle, the M1 Garand, which was 44 inch long and weighed in at 9.5 pounds. Still another story has it that the military wanted a smaller, lighter, handier weapon for non-front line riflemen such as tank personnel, truck and other vehicle drivers, mortar and artillery crews, officers, cooks, rear echelon support troops, etc.

I’m not exactly sure of the true reason that the army went looking for it; it certainly did not replace the .45 ACP handguns. Quite frankly I see no reason to give up any secondary weapon if you are serving in a battle zone. I will buy the fact that paratroopers 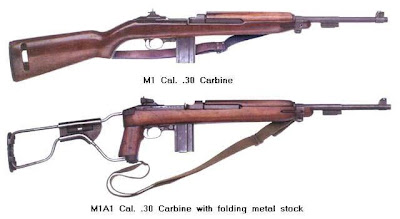 needed a compact rifle and clearly the M1 Carbine served in this capacity both in its original full wooden stock version and the folding wire butt stock model which was customized specifically for the brave soldiers who jumped from airplanes into the heat of the battle. It is also true that the .30 caliber M1 carbine replaced the M1 Garand as the primary weapon for infantry support troops, but many of the carbines found their way into the hands of frontline riflemen who didn’t mind sacrificing stopping power and range for a smaller, lighter package. The heavier, longer M1 Garand rifle fired the very powerful 30-06 cartridge and had an effective range of 500 yards. The M1 Carbine was 8 inches shorter and 4 pounds lighter than the Garand. It also gave the soldier a choice of 10, 15, 20, and 30 round magazines whereas the Garand held 8 cartridges. However the 10 to 30 rounds of the .30 caliber cartridge were less powerful than the 30-06 bullet fired by the M1 Garand. Ballistics for the .30 caliber carbine cartridge are just about equivalent to a .357 Magnum round with a 110 grain bullet moving over 1900 feet per second with 900 foot pounds of energy. (CorBon is now manufacturing .30 Carbine ammunition in their DPX line using a 100 grain Barnes solid copper Triple Shock Hollowpoint bullet moving at 2025 feet per second with 911 foot pounds of energy.) The M1 Garand’s 30-06 bullet can be found in weights between 150 and 180 grains with velocities of 2700 to 3000 feet per second and 2800 to 3000 foot pounds of energy. The 30-06 round has been a staple of hunters who have taken every type of North American big game that is out there so it easily handled two-legged enemy combatants. Additionally the ammunition makers provided steel-core armor piercing bullets that could penetrate most urban cover as well as some of the armored plating on early tank models, personnel carriers and other vehicles. There is clearly no doubt that the M1 Garand was the superior battle rifle of WWII. The .30 Caliber M1 Carbine was certainly shorter, lighter, held more rounds, and had less recoil but was not the best choice for an all around infantry weapon that required the ability to make long distance shots and punch through various forms of cover from which the enemy was firing.
As a side note, many of you may have seen the movie “Carbine Williams” starring Jimmy Stewart. In the true Hollywood style of over simplification and romantic embellishment the film portends that Williams developed the M1 Carbine while serving a prison term. Williams was a convicted criminal and did go to work for Winchester after being released, however his contribution to the project was rather minor. If he had engineered the entire firearm then it would have been named after him just as the Thompson submachine gun was names after it’s developer, General John Thompson, and the M1 Garand was named after John C. Garand.
My local firearms emporium received a shipment of all three models of the new Auto-Ordnance M1 Carbines: the original version with the full wooden stock (and I must say that the furniture on this model was absolutely beautiful), the paratrooper version with the folding wire-stock, and their new tactical model which has the standard hardware mounted to a folding synthetic stock. The latter is the model I selected. Here are the specifications:
Auto Ordnance Tactical M1 Carbine Specifications
Model: AOM160
Caliber: .30 Caliber
Barrel: 18"
Weight: 5 lbs. 13 oz.
Length: 36 1/2" overall, 27 1/2" (Folded)
Construction: Black polymer folding stock, metal perforated handguard
Finish: Black Oxide
Sight: Post front sight, flip style rear sight
Stock: Polymer
Magazine: One 15 Shot stick

Right off the bat I will tell you that this is a fun little shooter. The rather rudimentary rear “peep” sights are easy to see and flip between the short range sight regulated for ranges out to 200 yards and the longer range aperture for ranges between 200 and 300 yards. Realistically, any target at 200 to 300 yards is probably pretty safe if I am behind the trigger.
During my first 150 rounds I had about 6 rounds that did not go bang when I pulled the trigger. Upon examining them there was no firing pin indentation on the primer. I began to figure out that the bolt was not properly engaging the round. I also had some difficulty securely seating the magazine early on. A range employee who was enamored with the new line of Auto Ordnance M1 carbines told me that both of these problems would smooth out with continued shooting and by the final 50 rounds they seemed to no longer be a problem.
The Auto Ordnance carbines come with one 15 round magazine and while I would like to have some 20 and 30 rounders I have to be realistic and realize that this would only cause me to shoot more ammo and the .30 carbine is not inexpensive nor is it plentiful. I went to three gun shops and outdoor sporting goods stores and came up empty. Online searches of Midway USA, Cabelas, Sportsman’s Guide, Cheaper than Dirt, etc. turned up a whole bunch of “out of stock” notices several of them claiming that they expected to be back in stock in mid April. Finally I drove an hour north to Cabelas and found that the store had a scant 850 rounds of which I took immediate advantage.
Shooting Time
As I mentioned earlier this carbine is very fun to shoot. This first target was shot from 75 feet and was my first group out of the box. 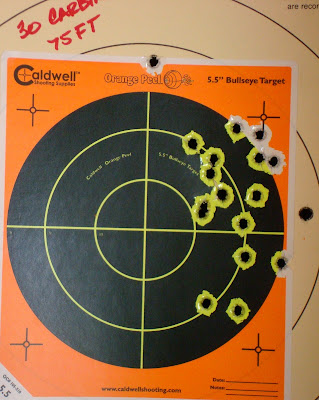 This next target was again shot at 75 feet and is a good general representative of the groups I was getting after sighting it in to the best of my ability. 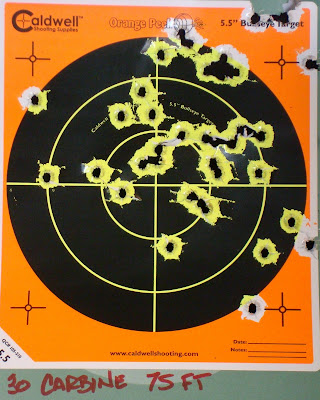 I fell prey to temptation and just had to fire the carbine with the stock in its folded up configuration.

I rolled a silhouette target out to 30 feet figuring that you would only fire with the stock folded up if you were in eminent danger. There torso shots were fired by point shooting from the hip. Not real accurate but they all hit home. 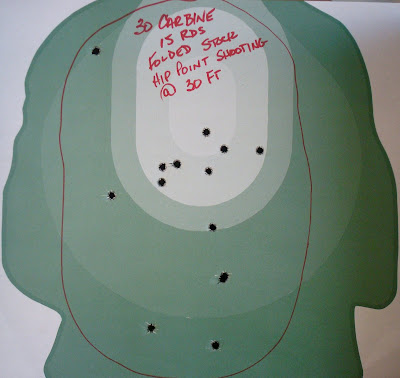 In the next head section of the silhouette I held the folded carbine up and used the sights to pretty good effect. 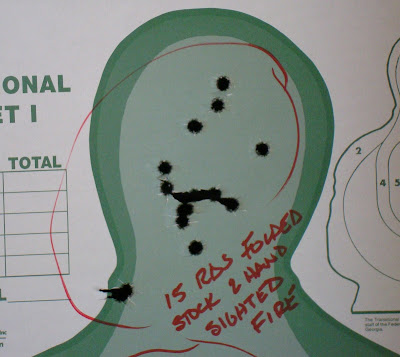 In all the .30 caliber M1 may not be the most effective choice for a defensive carbine if you live out in the wide-open-spaces and may have to make longer distance shots. But it is very handy and gives you plenty of firepower if you stock up on a few higher capacity magazines. The new CorBon ammunition ups the ante a little bit and makes the M1 carbine an effective choice for shorter urban shooting environments.