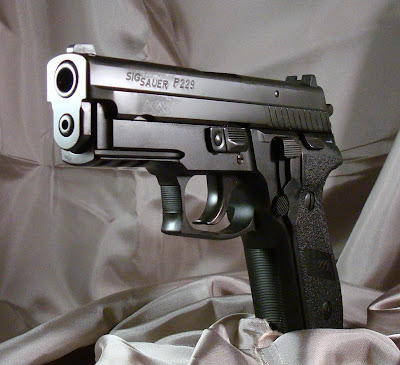 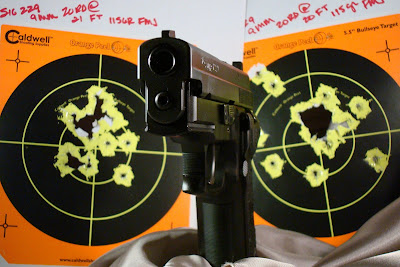 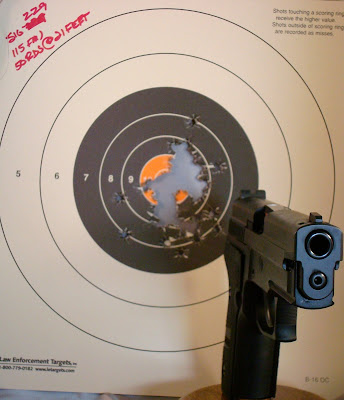 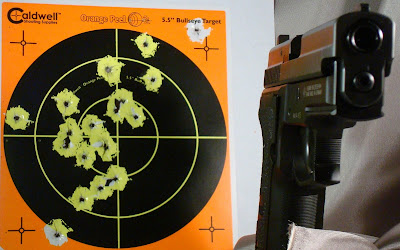 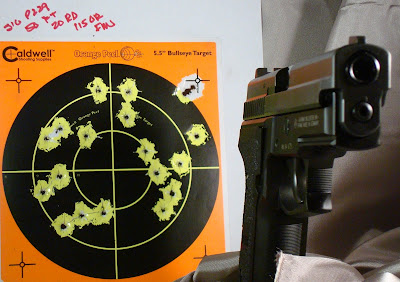 This target shows 50 rounds of the same Remington hardball ammo fired at 75 Feet. 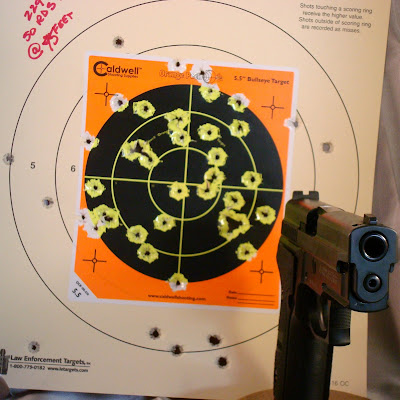 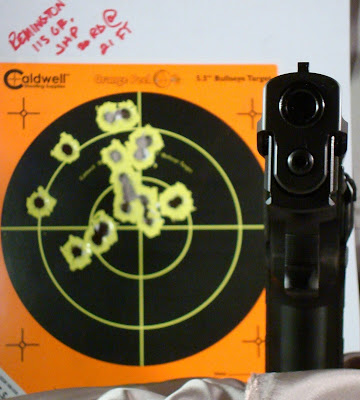 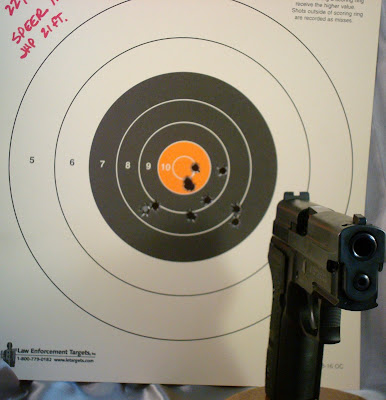 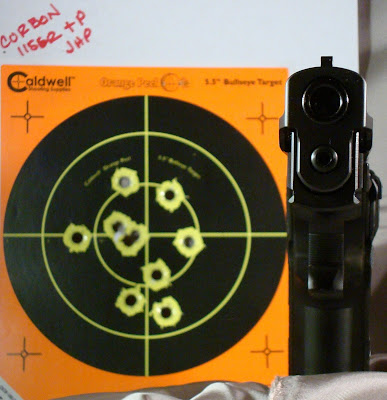 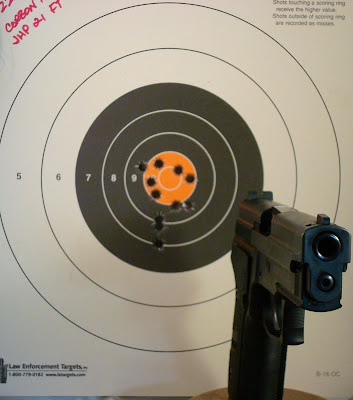 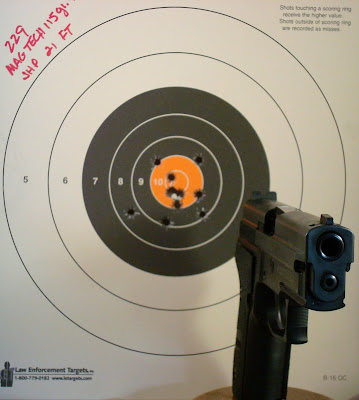 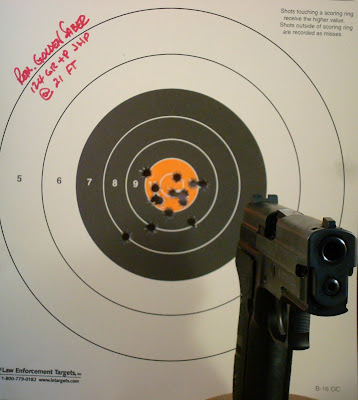 The 229 puts me in a pretty good pedigree as a number of Federal Agencies have adopted them it is easy to see why; they are rugged, reliable, ergonomic, and accurate. They are expensive, but definately worth the money.
Posted by Average Joe's Handgun Reviews at 7:52 PM