I have shot the S & W 340 PD for the past couple of weeks and have stated that it has become my favorite WYATT handgun (With You All The Time). It is lightweight (12 ounces) and fires the respectable .38 Special cartridge (actually the 340 PD can fire the .357 Magnum but I have yet to meet anyone who has actually fired more than five magnum rounds through it). Throughout my time with this revolver I have been searching for the acceptable balance between accuracy and power. There are plenty of 130 grain FMJ and 158 grain lead wadcutters that provide excellent accuracy but do not offer the performance that one would want in a defensive handgun. On the other hand, last week I tested several high-velocity .38 rounds that offered superb performance but lacked the accuracy I desire when shooting at the 7 yard target. I may have over thought the need for target level accuracy at 21 feet. While soldiers and police officers get involved in “shootouts” involving distance and sustained fire most civilians do not (remember I said “most”). Realistically, assaults and robberies (armed or otherwise) are up close and personal attacks which take place at an arm’s length or less. That being said many professional pistol pundits have warned that every bullet fired comes with plaintiff’s attorneys attached to them. Because of that I do not want to be in a position to testify that I was carrying a round that I knew did not demonstrate the most accuracy in my chosen handgun.

Most of the bullets tested last week were 125 grains in weight. It seemed to me that with the less than desirable accuracy stemmed from the fact that the high velocity and light weight bullets could not stabilize in a 1 7/8 inch barrel. 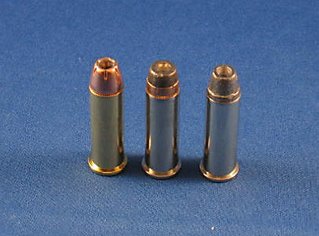 I wanted to try some 158 grain bullets, but all local gun shops only carried 110 to 135 grain .38 Special bullets. In logging on to Midway USA I was able to find 3 158 grain + P rounds and quickly ordered them. Here are the results. 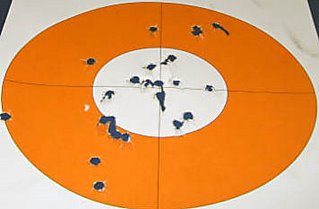 The first cartridge tested was the Hornady Custom .38 Special + P 158 grain Jacket Hollow Point XTP. I fired 25 rounds at the target shown above with 12 of them grouping in the 3 inch center white circle. The advertised ballistics show this bullet moving at 800 feet per second with 199 foot pounds of energy. This is an improvement in accuracy from the ammunition tested last week, but does not really provide the performance I would like to see. 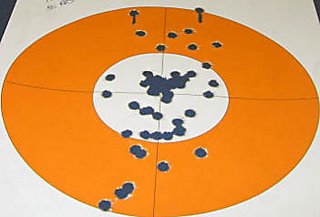 The next cartridge tested was the Magtech .38 Special + P 158 grain semi-jacketed hollowpoint. I fired 50 rounds at the above target with 34 of them landing in the 3 inch center white circle, several of them grouped together nicely. The advertised ballistics show this bullet moving at 890 feet per second with 278 foot pounds of energy. This load offers both good accuracy and good performance. 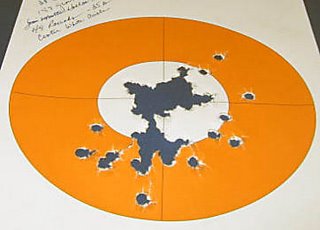 The final load tested is the Winchester .38 Special + P 158 grain semi-wadcutter hollow point. I fired 49 rounds (1 rounds rolled off the bench over the firing line) with over 35 of them forming a massive group in the center of 3 inch white circle. The advertised ballistics have this round also moving at 890 feet per second with 278 foot pound of energy. This is now my carry round for the Smith & Wesson 340 PD. 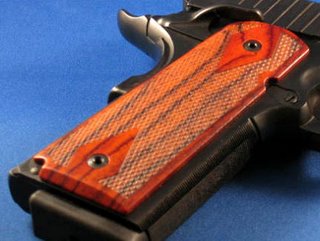 From my earlier review you undoubtedly know that I like this pistol a lot. If there was a known threat coming after me or if I found myself in a post disaster situation where the government could not maintain civil order, this would be my go-to pistol. Due to my fondness for this pistol I decided to upgrade the grips from the drab but very functional black plastic grips it came with to a set of slim checkered Cocobolo stocks from Esmeralda O’Sheehan (http://www.esmeralda.cc/). 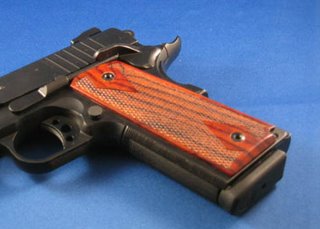 These are spectacular reddish wood with black figuring running vertically down the grip. The carving, checkering and hand finishing on these grips is superb. I ordered the slim series which actually give me a better grip on the pistol. And …the pistol still shoots as good as it looks! 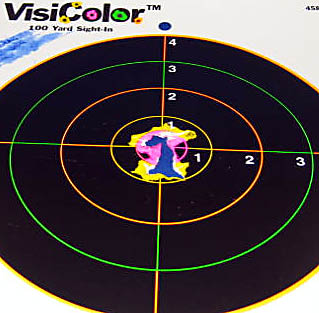