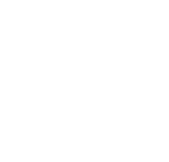 I am writing to urge you to sign HF 1467 into law.  I realize that gun rights can be an emotional and polarizing issue but I ask you to recognize, as governor of this wonderful state, that an overwhelming majority of your constituents favor this bill.  This is clearly evidenced by the number of Senators and Representatives who listened to the citizens within their districts and voted in accordance with the people whom they represent.

While some may draw away from the provision that would increase mutual reciprocity in recognizing the concealed carry permits of other states I would remind them that the rights afforded under the 2nd Amendment to the Constitution do not end at any state's boundary.  Additionally I would posit that the concealed carry holders from other states with current reciprocity have not contributed to violent crime in Minnesota.  Those who apply for the permit, pass the background check, pass the mandated concealed classes and obtain their permit, regardless of the state from which they are issued, are law abiding by nature and not people from whom the residents of Minnesota need to be protected.

Similarly the Emergency Powers reform is also a common sense provision of this legislation to protect Minnesotans from those who seek to limit 2nd Amendment rights in the event of a crisis.  In the event that a civil tragedy befell Minnesota causing disruptions in the normal infrastructure, including communication and police services, this is not the time to leave the law abiding citizens at a loss to protect themselves from those who would take advantage of the situation.

Governor, thank you for your time and consideration of this important piece of legislation.