Kahr K9 The Right Medicine for a Weak-Handed Shooter 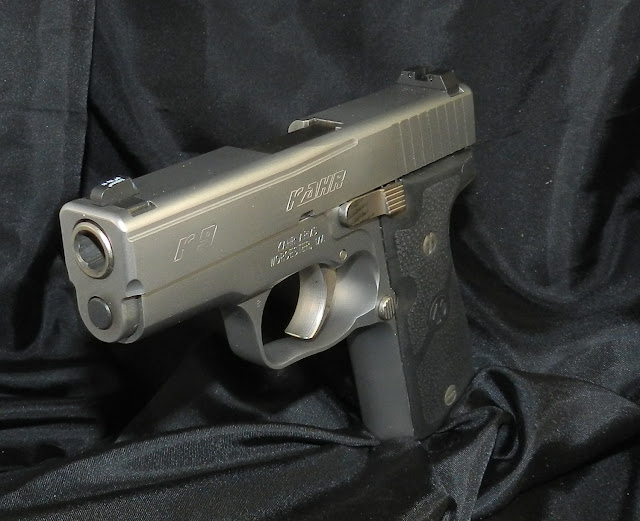 This post still finds me shooting weak-handed only as I continue to recuperate from shoulder surgery.  Again, looking deep into the dark recesses of the gun safe I found another neglected gem, the Kahr K9 9mm pistol. I have a kind of  love-hate relationship with Kahr pistols. I do not care for the ever popular polymer Kahrs which is about all I see in the stores these days.  The pistols are too thin for me and have to be re positioned in my hand after each shot.  The pattern molded into the backstrap to enhance retention rips into the web of my hand so that it looks like a cherry waffle after a short shooting session.  The trigger pulls don't feel right to me although this is likely a perception fueled by the slimness of the grip which allows too much of my fore finger to slide across the trigger.  All of these issues result in my accuracy with the polymer Kahrs being less than I desire.


As mentioned earlier it is rare to see a full stainless framed Kahr pistol in the gun shops so I feel lucky to have one and happy to get reacquainted.  None of the problems that I have with the polymer pistols appear when I fire one of their full stainless pistols.  Much of this is due to the wrap-around Hogue grips whose contours and rubber material give me a very comfortable hold when firing the pistol. However the rubber grips and stainless steel construction bring with them more width and  an additional 8 ounces in weight requiring a belt holster rather than a pocket holster.  While the slide widths of both the polymer and stainless pistols are the same at .90 inches the Hogue rubber wrap-around grips on the stainless K9 adds .11 inches to the width of the pistol.  While this is a drawback to concealment it is still slimmer than a Glock 19 which at 1.18 inches wide is considered a very concealable pistol.  It is also 1.28 inches shorter in length than a Glock 19 and a half inch shorter in height than a Glock 19.  (The obvious drawback to this comparison is that the G19 holds twice as much ammunition)  However, I can attest to the fact that the K9 carries well as no one has noticed that I have been carrying it underneath my un-tucked polo shirt (thankfully the Remora holsters are ambidextrous). 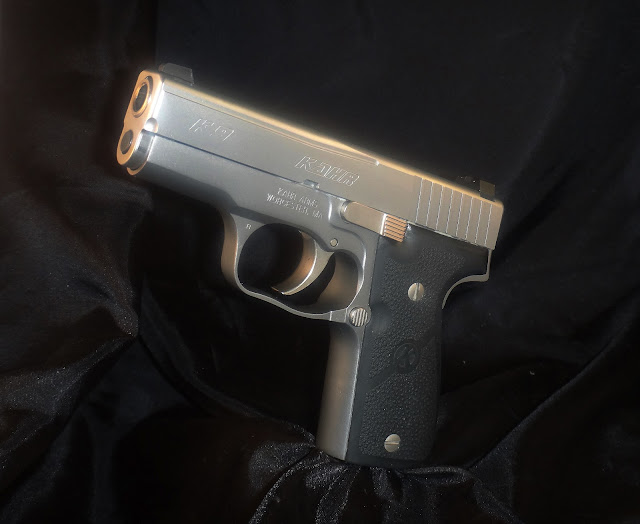 The K9 is a near perfect pistol for anyone who must change from shooting strong to weak-handed.  There are no external safeties to engage or disengage and recoil, even with +P ammo, was nil due to the weight of a full stainless steel handgun.  The double action only trigger pull is a little long but very smooth and breaks cleanly at an average of 5.5  pounds of pressure.  I keep seeing the trigger action on Kahr pistols described by gun magazine writers as "like a fine revolver" to which I say "phooey"!  It's better than any revolver I have ever fired.  I described the K9 earlier as "near perfect" for the weak hand shooter and here's the one fly in the  ointment.  If your weak hand is your left one you will find that the slide release lever is on the wrong side of the slide and the Kahr manual states that using the slide release to chamber a round is the only way to insure that the slide properly goes into battery.  But with a little practice I found I was able to reach it with my left thumb while holding the pistol and exert enough pressure to release the slide.


In 1997 the New York City Police Department  authorized the Kahr K9 for off duty & back-up use and many officers purchased them out of their own paychecks. 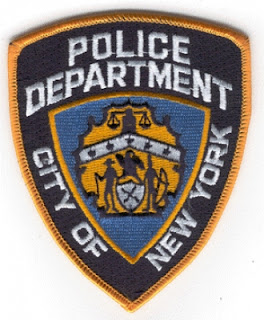 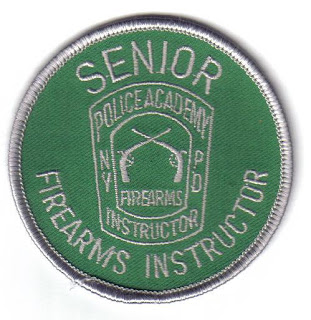 However in 2011 the NYPD did an about-face and un-authorized the K9.  From what I can best tell the NYPD specified a 7.5 pound trigger pull on the K9 with which Kahr complied. 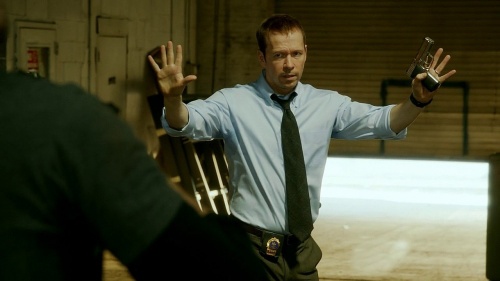 However, the Kahr trigger system, like many handguns, gets lighter the more it is shot and the NYPD felt it was responsible for accidental discharges.  However, I tend to doubt that the Kahr's trigger's became perceptually lighter because the NYPD officers just don't shoot that much.  A business associate who is a retired NYPD Sergeant informed me that they only qualify once a year and that's the only time that most officers ever fire their weapon.  The NYPD range is usually booked qualifying officers so they do not get any departmental range time beyond their yearly qualification.  So the NYPD asked Kahr to put a 13.5 pound trigger on the K9 and Kahr just couldn't make it work.  The good news is that lightly used Kahr K9s wound up in the used handgun cases as police officers traded them in for 9mm baby Glocks.  I have seen some reports of them being sold for as little as $225 which is a boon for the New York shooters who had the permits to obtain one. 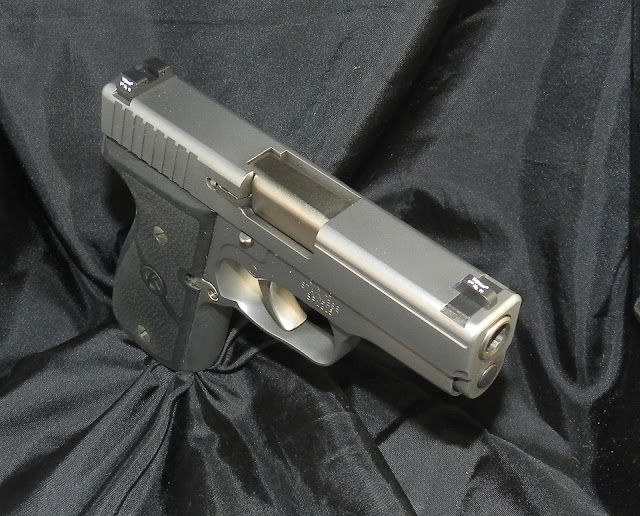 As you all probably know by now I like night sights on my pistols and I am fortunate that this K9 had them direct from the factory.


Time for the Targets


As always I ask you to keep in mind that these targets are being shot with my weak hand only.  That being said, these where shot on three different occasions and I think you will see some improvement over the course of those sessions. 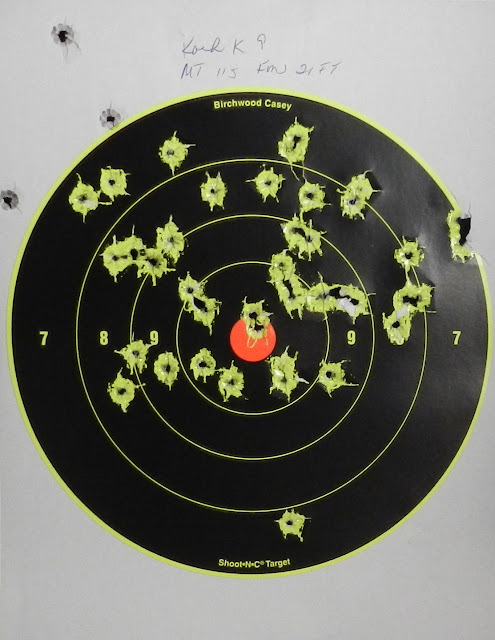 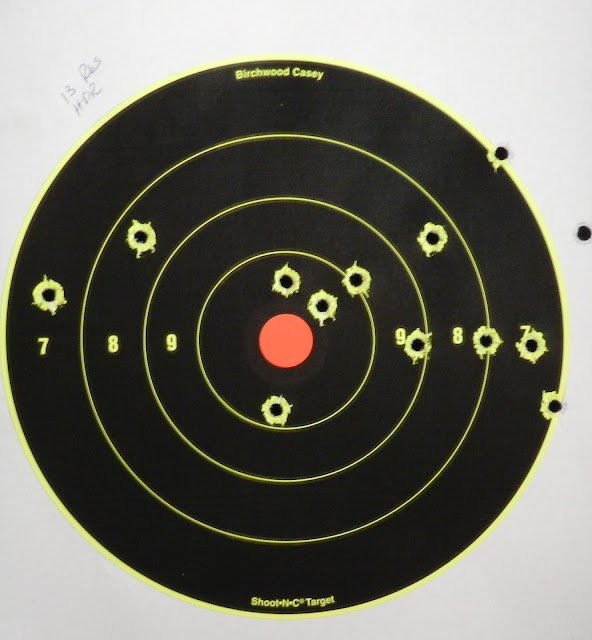 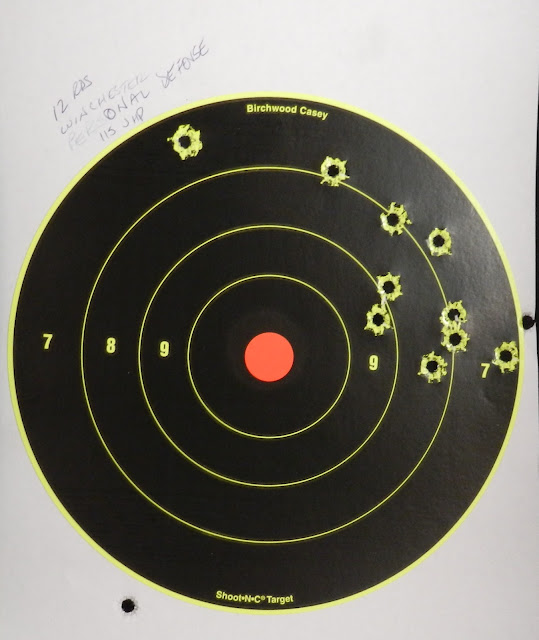 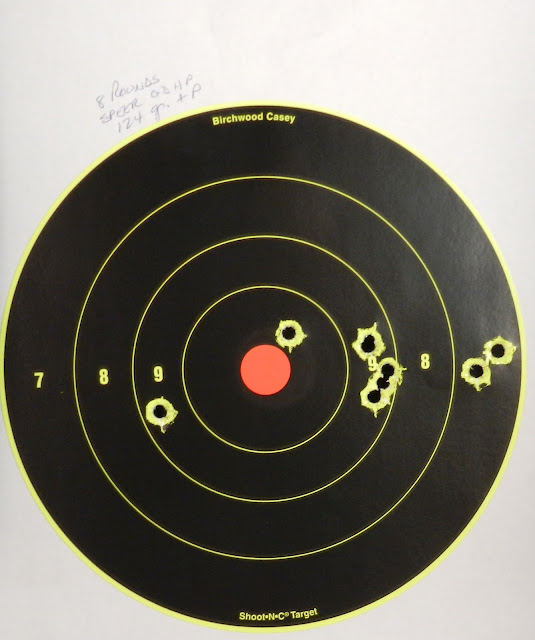 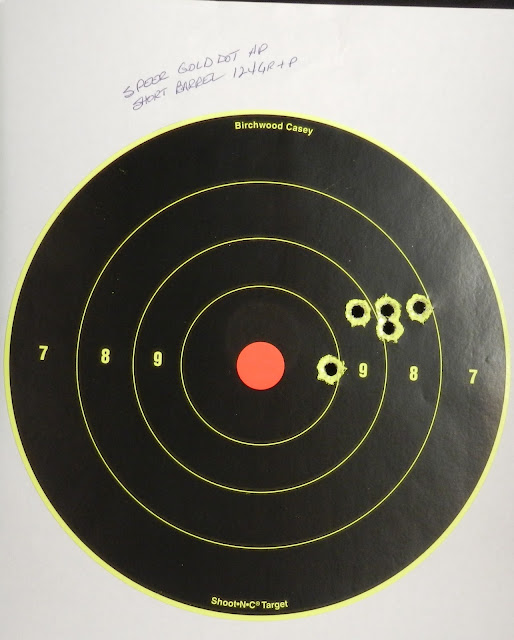 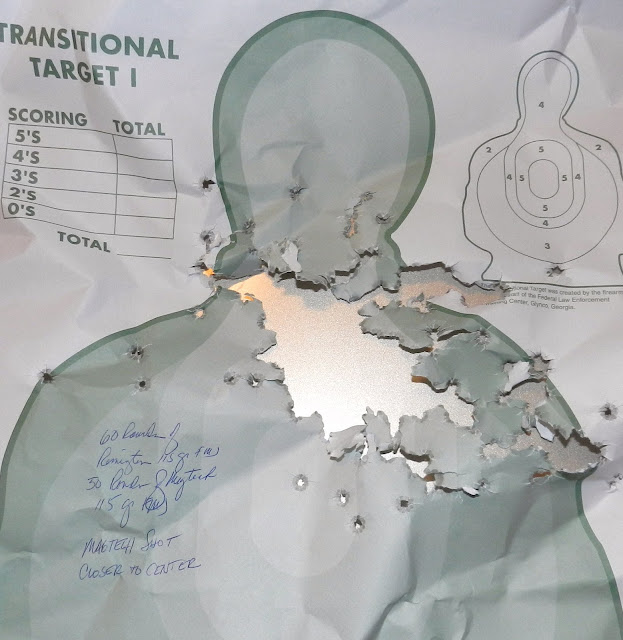 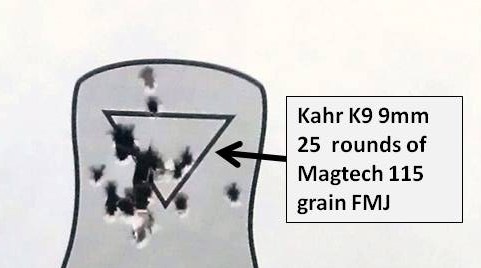 So all in all while the shoulder surgery has been a pain, both figuratively and literally, it has also provided a chance to really hone the weak-handed skills and get reacquainted with firearms that had been out of rotation for many years and have proven their worth to be back in the holster.

What type of shoulder surgery did you have? I had rotator cuff surgery and they relocated the bicep tendon on March 1 2012. I'm still in a sling and "pillow" still in pain and wondering how long before I'll be able to use my "strong hand." I haven't "carried" since the surgey since I can't shoot weak or left handed. Hope to be over this in a month or two.

What surgery did you have? I just had a rotator cuff tera and a bicep tendon tear repaired March 1. As this was in my right (Strong) hand, I haven't carried since. I can't shoot weak hand. I was wondering how long before I might me "back to normal".

I had surgery to remove a cyst and repair a large tear in the rotator cuff. I was in the sling and pillow for six weeks and the sling for two weeks beyond that. Mine was done on October 20th. They have told me that it will be about a year before it will be back to normal with the understanding that weight training and contact martial arts are out of the question. It kind of depends on the severity of your tear, mine was pretty large.

Ave. Joe, I notice that you like night sights on your handguns. So do I but probably for a different reason. I like them because they help me locate the gun on the bedside night stand in the middle of the night.

Also I occassionaly read like above that someone can't shoot weak hand. Do you mean you can't shoot at all for some reason or just not very well? If its because you don't shoot very well I would still encourage you to practice a little and remember to keep your weak hand in a firm grip as a truly weak hand with weak grip will usually result in a failure to cycle an autoloading pistol upon firing creating a jam. There may be an occassion when your strong hand is incapacitated (cut, shot, or bone broken) in the course of defending yourself or others so the weak hand option is insurance. Ave. Joe may have discussed this in anothere blog or do an internet search on shooting weakhand and there should be some good info available.

During my recent range session, I had a couple surprises with weak hand shooting. I am left handed but right-eye dominant, and I shoot right handed, so I'll just call that strong side.

With the P95, I shot best two-handed strong side. No surprise there. But single handed - left or right - I shot about the same. Except weak side, I had one FTE. Also weak side, I canted the gun about 30 degrees to the right ("naturally" aligning the sights with my right eye).

With the PT22, I shot weak side the best. What!?! Again, I canted the gun about 30 degrees to the right. Was I more likely to take my time weak side with a new trigger? Point shoot? Was I reacting to the safety lever occasionally banging my knuckle strong side?

I was not being very systematic, because I was trying a few new things with a limited amount of time. But I am pretty confident I can readily shoot weak side when needed, and I'm ready to try it again.

I love reading your reviews, Average Joe. I hope your "weak hand" gets better soon. Practice makes perfect, right? I wondered if you'd ever tried the springfield armory xdm compact 45 acp? I've been reading about it recently but would love to hear your opinion.