The Versatile 9mm and the Charles Daly Hi-Power
The 9mm 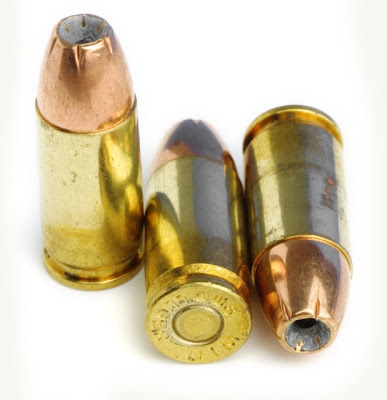 I have always been more of a pistol guy than a revolver guy. My first three handguns were revolvers (S&W nickel plated model 36 in .38 Special, Ruger Stainless Steel Single-Six in .22LR with an additional .22Mag Cylinder, and a S&W model 10 in .38 Special) and they were OK; then my college roommate introduced me to the Colt Commander in .45 ACP and my shooting desires changed. For most of my 34 years of shooting I was a .45 guy and scoffed at the notion of the 9mm. I read that they were unreliable, inaccurate, underpowered, and only available in some cheap European imports that just might explode in your hand. And, at the beginning, that much of that might have been true. In the early 1980’s I began to see that a lot of gun writers were saying good things about the Beretta 92F. I figured that Beretta was probably making a quality handgun which solved the reliability and accuracy issues and I did respect the high capacity that the Beretta offered. But, it was still a lowly 9mm. That was my opinion until 2004 when I wrapped my hands around a CZ 75 and thought it felt pretty good. It shot good too, real good! I then began gobbling up more CZ’s, a nickel-plated compact model, the P-01, and I finally settled on the CZ 75D PCR compact model as the CZ I would stick with. But it was still a 9mm. Now by then the military and many police departments had been carrying the 9mm for about 15 years but I didn’t care…until recently. I still love and adore my .45’s but if you looked in my safe today you would see many more 9mm’s than you would .45’s or any other caliber.


What changed? Several things; the first is the price of ammo. In 2004 a box of 9mm Winchester White Box was selling for about $6.00 at Cliff’s Guns, Safes, and Reloading in Boise, ID. Although the prices have steadily climbed, it is still a bargain compared to just about every other caliber except .22 LR. Secondly, I began to find that there were some amazingly accurate 9mm pistols out there. Along with the CZ I have come to love the Browning Hi-Power, the H&K P7M8, the Glock model 19, and just about anything with SIG on the slide. Thirdly, there is this little issue with my shoulder. I have Bursitis in my right shoulder and an extended session with a .45 ACP or .357 Magnum makes it hurt. Now that explains why I am shooting a lot of 9mm but it does not explain why I am carrying one. Well, for many years I would not trust my life to a 9mm going back to that perception that they were underpowered. That perception was probably correct for many of my 34 years of shooting, but not now. There are some rip-roaring 9mm loads out there that should be able to handle just about any two-legged threat that you might ever come in contact with.
Let’s take a closer look. For many people the ultimate man-stoppers are the .45 ACP 230 grain Jacketed Hollow Point or the .357 Magnum 125 grain Semi-Jacketed Hollow Point. The favored .357 Magnum was made by Remington and their best is the Remington Express 125 grain SJHP with a muzzle velocity of 1450 feet per second with muzzle energy of 583 foot-lbs—a formidable round indeed. My favorite .45 ACP load is Remington’s Golden Sabre which leaves the muzzle at a speed of 875 feet per second with muzzle energy of 391 foot-lbs.
As for 9mm’s my favorite is the Speer 124 grain Gold Dot Hollow Point +P. It weighs one grain less than the .357 Magnum load and smokes out of the barrel at 1200 feet per second with an energy factor of 410 foot pounds. From a ballistic standpoint this puts it ahead of the .45 ACP in both speed and energy.


Another great 9mm round is the Remington Golden Saber. The 124 grain JHP leaves the barrel at 1180 feet per second with muzzle energy of 384 foot pounds. Just about the same ballistic energy as the .45 ACP.


So now, if you’re like me, you’ve determined that the 9mm in one of its versatile loadings is right for you. All that is left to do now is select the launching platform. There are many to choose from but the subject of the second part of this review is a classic design that is well executed, has a few new features, and is value priced. 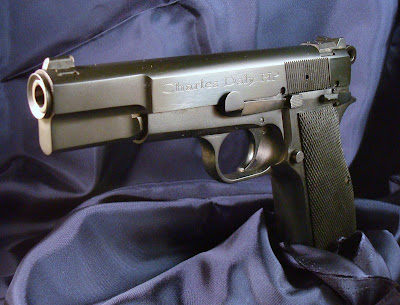 The Hi-Power is the last pistol that firearms genius John Browning worked on. While he died fairly early in its development, it is nonetheless, his “final words” on defensive handguns.
One of the hallmarks of the Hi-Power pistols is their ergonomics. It has a great “feel” to it, with the exception of blocky wooden grips that the manufacturer has used. This was obviously recognized by the Browning Company as, for many years, they have produced a two tone tactical model with Pachmyr wrap-around rubber grips. Charles Daly thankfully went without the blocky wooden grips and substituted a set of checkered rubber grip panels from Uncle Mike’s. These grips are just fine, but to all a little contrast I put on a set of Esmeralda’s cocobolo dorado grips. I have said this before, but Esmeralda makes some of the most beautiful grips you will see. 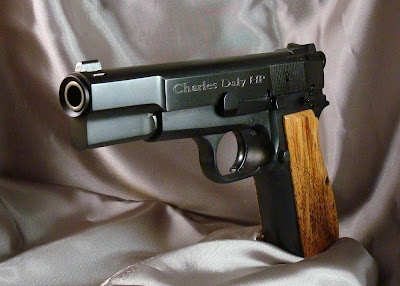 Charles Daly added a couple of new features to the Hi-Power that are well thought out.

The first is a crown-ring on the front face of the slide which protects the muzzle of the barrel from any dings that could affect accuracy; although the Browning Hi-Power has one also, Daly’s version is larger and appears to afford the muzzle greater protection. 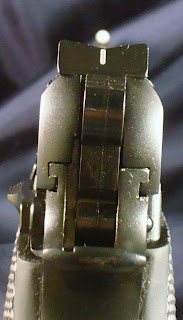 The second is the use of XS Xtreme sights. The XS Xtreme’s consist of a very large dot on the front sight with a shallow “V” sight with a white post in the center. The sights are very easy to see, especially for my 52 year old eyes, and they come on target very quickly, providing a very good sight picture. I have seen gun writer’s state that the Xtreme sights do not provide an accurate sight picture, but I would tend to disagree. While these are not the sights for a bulls-eye competition, if you take your time, you can place your shots very well when shooting for distance. At closer (and more realistic) handgun ranges the XS sights really show their value; you get a quick sight picture with that big white front dot allowing for faster shooting and follow-up shots. For me, the pistol shot a little to the left, but it was easy to drift the rear sight to the right to correct the shot placement.


Differences from the Browning


The first difference I noticed was the trigger. It was a full pound heavier than my Browning Hi-Power but only had a little creep before a crisp let-off. The trigger is a little gritty but it is not a big issue and will probably smooth out over time. The finish is not the finely polished blue of a Browning but it is still a handsome and utilitarian jet black.


The pistol groups well at average combat ranger (see the targets below) and doesn’t give up much to the Browning version in that regard. Charles Daly is no longer making their version of the Hi-Power but distributors still have them in stock and at an average retail of $325.00 it is a tremendous value if one cannot afford a Browning.

Here are three target from 21 feet: 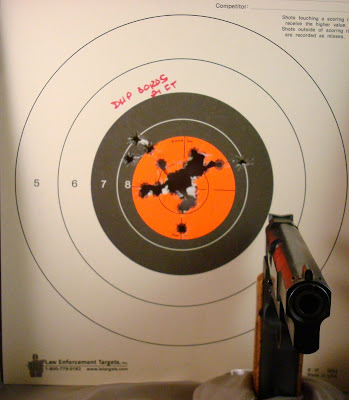 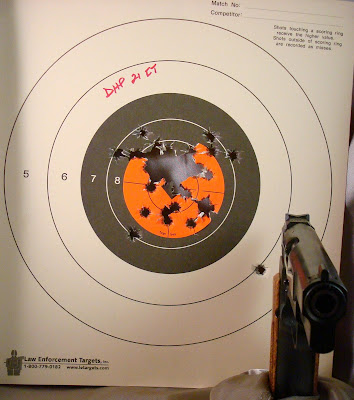 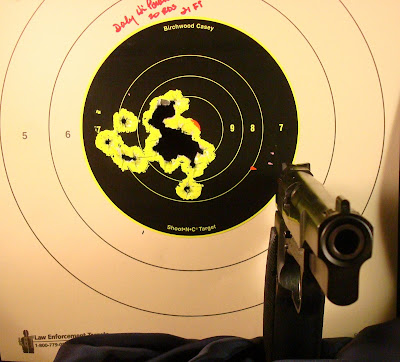 Here is one target from 50 feet: 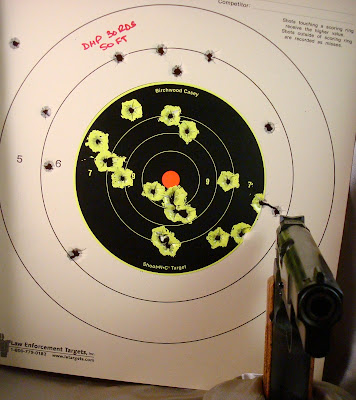 Here is one target from 75 feet: 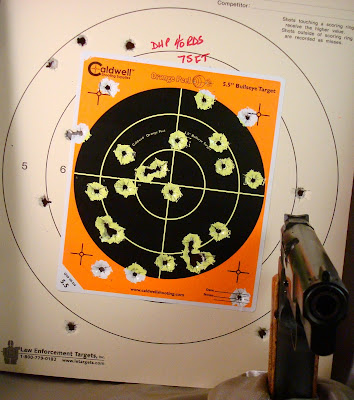