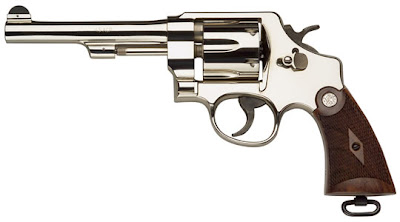 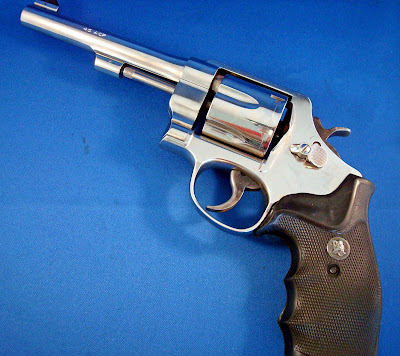 One of the features that surprised me was the sights. The rear sight is the standard S&W fixed sight milled into the top of the frame and the front sight was the standard half moon service sight. Nothing fancy at all however they provide an excellent sight picture, much better than I expected. It may have something to do with the contrast between the nickel plated rear sight and the front sight which is blued. As seen in the target below, which was shot at 21 feet from a standing two-handed hold, the revolver is capable of very decent accuracy. 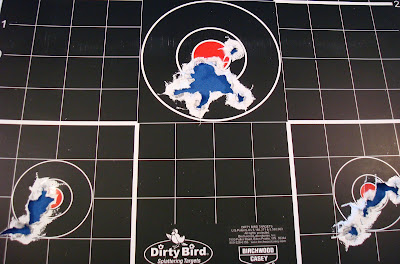 I like this revolver quite a bit. It has a classic style, good accuracy, and a rather menacing appearance. What more could the soldiers of the Great War have wanted?
Posted by Average Joe's Handgun Reviews at 10:10 PM