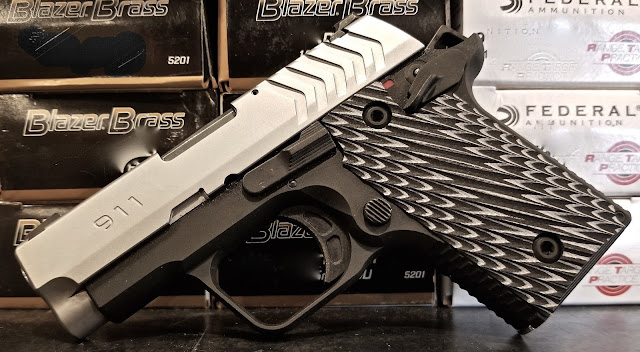 The 911 is Springfield's foray into the micro .380 market providing direct competition to SIG's P238.  I have owned two of the SIG models; they are excellent pistols and set the bar for the micro 1911 after Colt dropped them from their line-up many years back.  As much as I like the SIG pistol, the Springfield 911 has a lot going for it.

Before I showcase what I like about the Springfield, let me go over what I do not like about it...the atrocious model moniker.  Really Springfield, the "911"?  The marketing approach was undoubtedly intended as "This is what you reach for in an emergency" as in the nation-wide emergency phone number.  However 911 is also a common reference to one of the worst tragedies in American history, which has caused jokesters to posit that Springfield's next model might be named the Titanic! 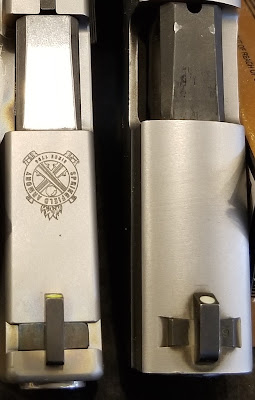 It is noticeably thinner than the SIG which I did not think of as particularly thick pistol until the Springfield arrived.  As the micro .380 is frequently carried in a pocket, the slimmer design of the 911 is a welcome attribute. After all, Spring and Summer are just around the corner and the warmer weather means fewer cover garments to help conceal a larger pistol.

The next thing I like about the Springfield are the sights. 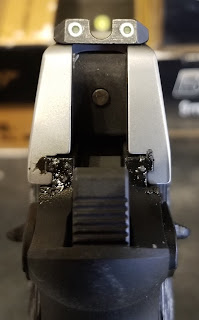 They are Pro-Glo™ Tritium/Luminescent Front & White Outlined Tritium Night Sight Rear.  The front sight is actually yellow and I find the yellow contrast easier and faster to pick up than the white dot SIG Night Lite sights on the P238.  As my eyes (and the rest of me) continues to age I need all of the help I can get and the yellow luminescent dot provided a crisper sight picture than standard white night sights.

The 911 also shot very well.  This is a close quarter defensive pistol so most of my shooting was done at 15 feet although I did run one target out to 30 feet to see how it would perform. 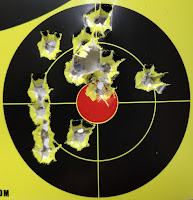 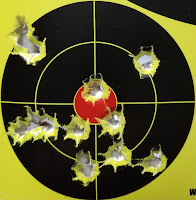 The above targets were shot with Federal RTP 95 grain Full Metal Jacketed rounds at 15 feet.  Most attacks occur at very close distances and as you can see on these 3 inch targets, the 911 grouped very well.

The same ammunition was used on a 10 inch target at 30 feet. 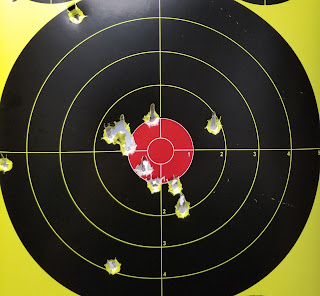 These would all have been good center mass torso hits at the 10 yard distance.

I rolled the target back in to 15 feet to finish up with some SIG V-Crown 90 grain Jacketed Hollow Point ammo on another 3 inch target. 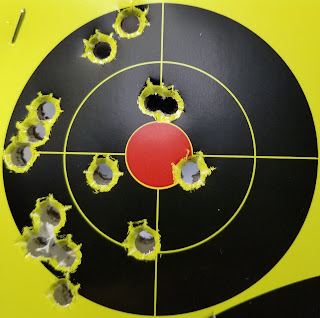 One caveat to mention.  On the first 43 rounds, the pistol experienced a failure to eject on the 5th round in each magazine.  After that break-in period the next 26 rounds performed flawlessly.  My final verdict: I intend to add one of these pistols to my battery very soon.