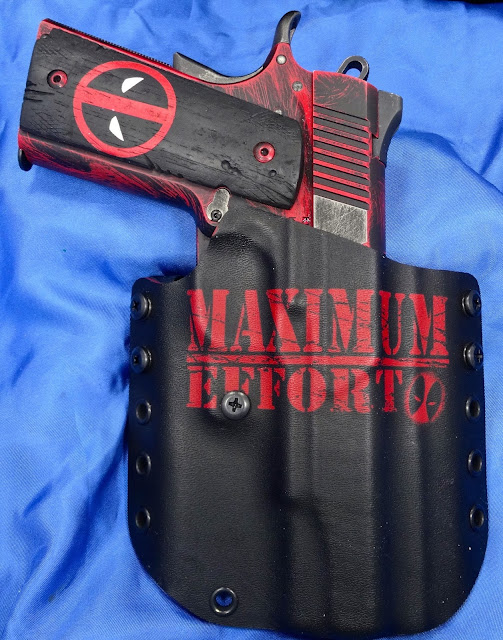 Whisky Tango Firearms (WTF) of Sarasota, Florida creates custom cerakote designs.  I think one of their most creative and probably popular designs has to be their Deadpool 1911.  If you aren't familiar with Marvel's Deadpool and the hit 2016 movie (rated R) by the same name then this review won't mean very much to you.

The WTF Deadpool pistol begins life as a full-sized Kimber Custom II 1911 in .45 ACP.  From there, Whisky Tango Firearms goes to work on it.  Their attention to detail is flawless. 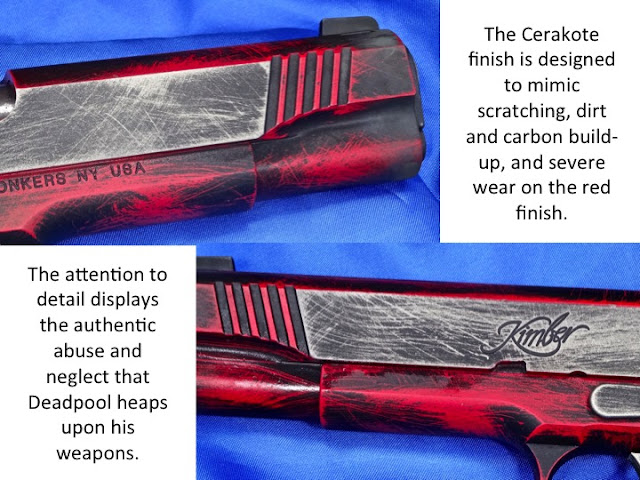 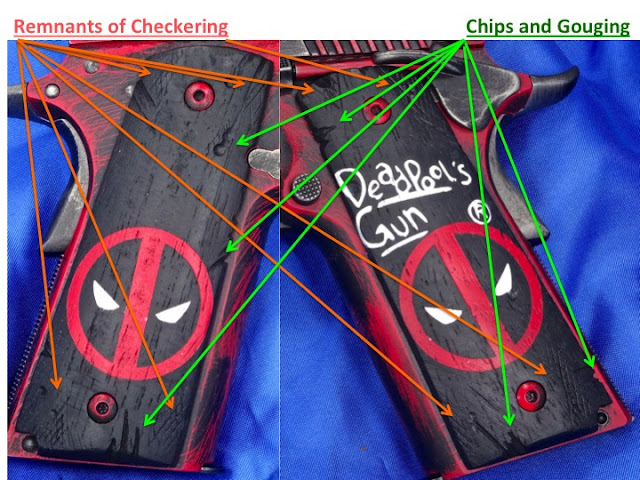 The Deadpool character was a military trained marksman and mercenary.  The Kimber Custom II is capable of the accuracy that a marksman would require. 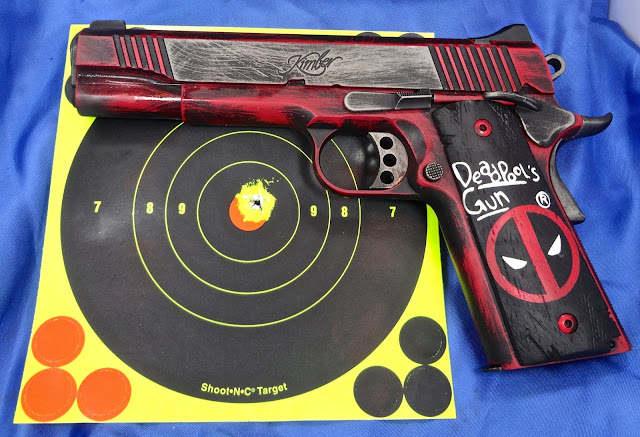 This target was fired at 21 feet with Remington 230 ball ammo.  Feeling that I would not be capable of replicating this shot, I stopped to preserve this target for posterity. 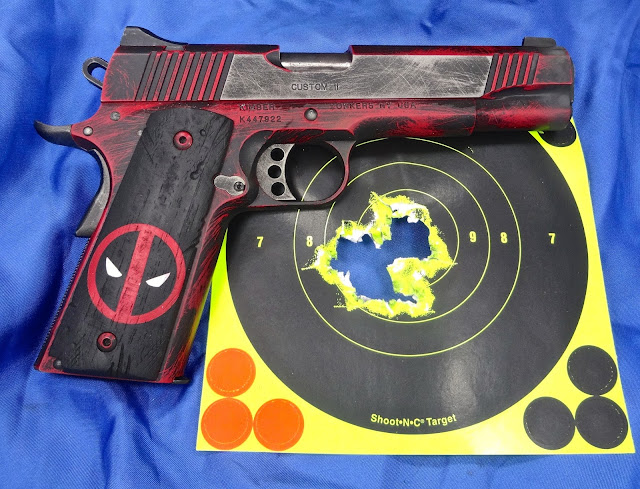 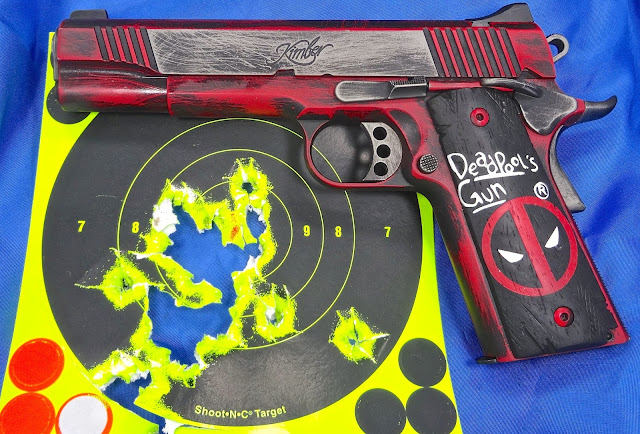 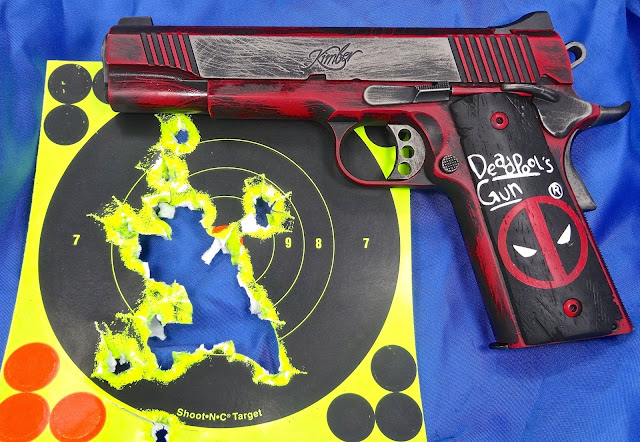 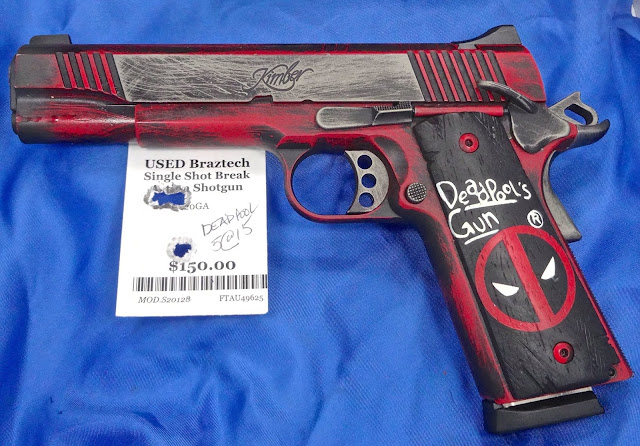 And now for a really last look, here is 5 rounds at 15 feet at a business card size target.

I know there are a lot of Kimber-haters out there but this one was as accurate as anyone could want and ran through 150 rounds of the Remington ammo without any problems whatsoever.  Deadpool would be proud.
Posted by Average Joe's Handgun Reviews at 11:35 PM