"A feller just can't have too many 10/22s".  Those sage words were uttered by some old timer looking over a slicked up 10/22 at Cliff's Guns, Safes, and Reloading in Boise, Idaho back in early 2004.  And just a few days ago I read this article on LooseRounds.com posted by Howard on 9/29/2012 and attributed at Mark Hatfield.  The title of the article is "What REALLY is the Best Gun for SHTF" and this excerpt caught my eye:

"The late ‘Skeeter’ Skelton wrote about that question using one of his fictional characters, an old Texas rancher whom he called Dobe Grant. Reportedly, ‘Dobe’ was a composite of several real Texan old timers.  When the ‘one gun’ question was posed to the tough old dude (Oops, ranchers aren’t ‘dudes’), he wanted at first 4 guns.  A scoped 30-06, a 12 gauge shotgun, a revolver in 44 magnum, and a revolver in 22 rimfire.
When pressed to get to one, the first dropped was the shotgun, then the rifle.  The rancher was skillful enough that he could use the 44 to hunt big game and to deal with predators upon his livestock.   The 22 revolver was just so useful for just about everything that he would not give up that option.  But that is still two guns.


He later returned to Skeeter and said ‘If I could have only one gun, it would be a 22 rifle’."
The Ruger 10/22 had always been a good seller since it was introduced.  The fact that it had more than passing resemblance to the M1 Carbine probably didn't hurt the 10/22's popularity.  I bought my first 10/22 in the early 1980's and back then we had two options.  The standard model with a hardwood stock (probably birch) and a barrel band holding the barrel to the fore stock or the more expensive version with a walnut stock, checkering on the pistol grip and fore stock, and no barrel band.  I'm pretty sure the standard model was much more popular as it was less expensive and bore the closest resemblance to the M1 Carbine.

Back then Ruger had little in the way of accessories for the 10/22 but the aftermarket industry had long realized the opportunities for customization.  Soon after acquiring it I purchased a folding stock for it made by Federal Ordnance that gave it the M1 Paratrooper look and I also picked up a 25 round magazine and a 50 round teardrop magazine manufactured by Mitchell Arms.

On October 1st, 1987 I was living in Los Angeles when the Whittier earthquake with a magnitude of 5.9 on the Richter scale struck while I was shaving.  In the 21 months I had lived there it was the first earthquake of any notice that I had experienced.  The news anchors for the local NBC station kept diving under their desk whenever an after shock hit and I braced myself in a doorway as I had heard you should do (which as it turned out was no longer the best response).  The actual news coming into the station was bleak and gave viewers the impression that society might be up for grabs and civil disobedience might erupt (it didn't).  So as I ventured out that day I dropped my loaded Smith & Wesson model 10 into my trunk along with the six spare rounds I had on hand.  The Ruger 10/22 went in also with the 10, 25 and 50 round magazines along with 200 spare rounds of Remington High Velocity ammo.  I figured if the SHTF there probably weren't too many people familiar with the profile of the 10/22 in the folding stock configuration with the 50 round magazine affixed to it so they might not have recognized it as a .22.  And...if anyone posed a threat I could squeeze off several rounds pretty quickly and hopefully scare them off.  As it turns out it was an interesting day but society did not crumble into a state of utter chaos.

Fast foreword to the present and Ruger has more variations of the 10/22 than you can shake a stick at (as if that were a valuable use of your time).  They got 'em in wooden stocks, synthetic stocks, black stocks, a couple of different versions of camouflage, two different lengths, standard and fiber optic sights and several versions of a model where the barrel and part of the fore stock unscrews from the receiver with both sections of rifle fitting into a custom backpack.  And now the 10/22 50th Anniversary Limited Edition is at Bill's Gun Shop and Range in Robbinsdale, Minnesota and is their November Gun of the Month for the attractive price of $269.00!

believe me it was like Christmas morning when I opened the box and went through the goodies inside.

Of course you get the 10/22 pictured above but the first thing you find is this commemorative tin sign.

I suggest leaving it in the plastic wrap and 49 years from now you kids will put it on ebay to pay for you grandkids college tuition.

The bolt is tastefully roll marked with the 50th anniversary logo. 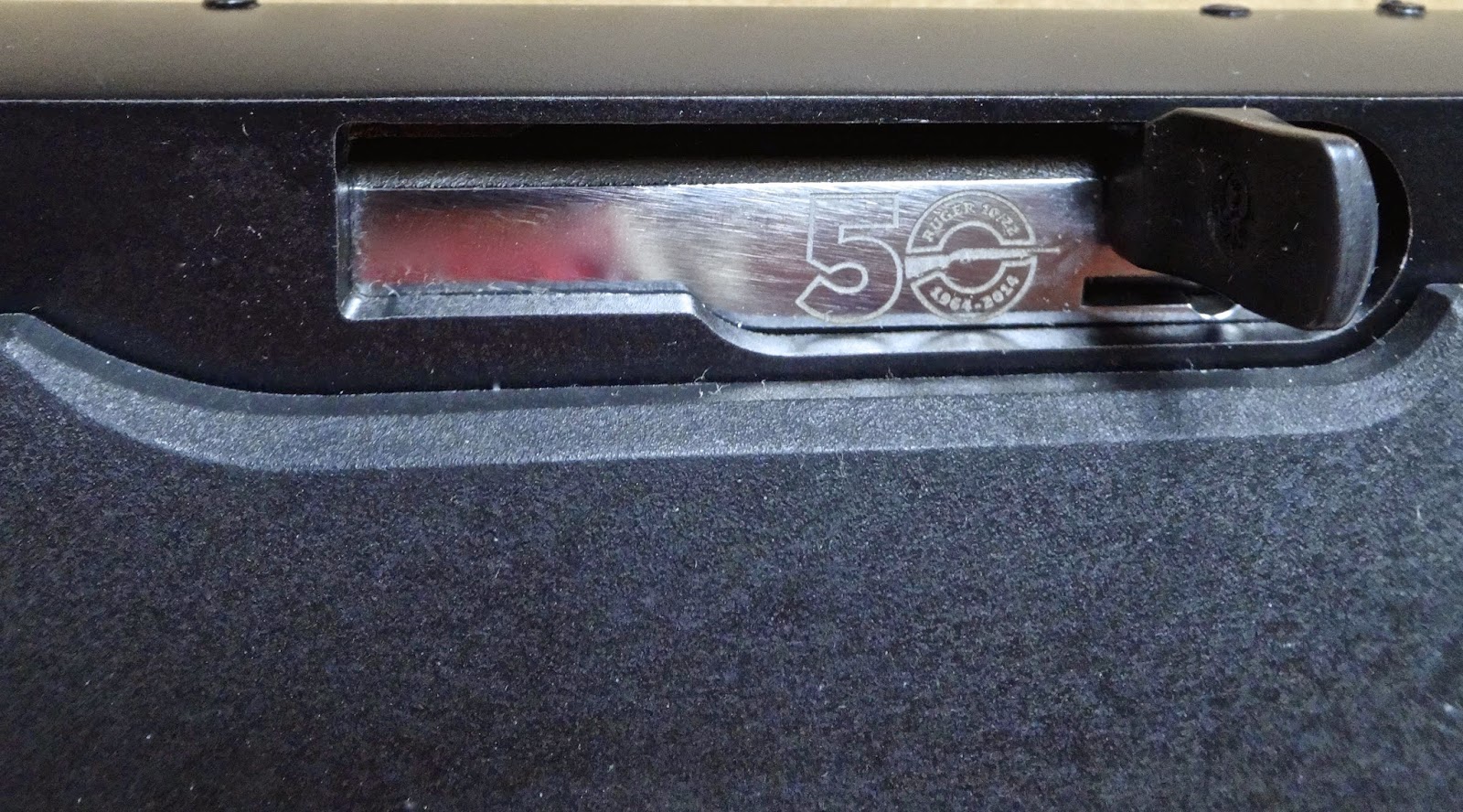 It also sports a set of easy-to-see contrasting red and green fiber optic sights that really help the eyes of us closing in on 60. 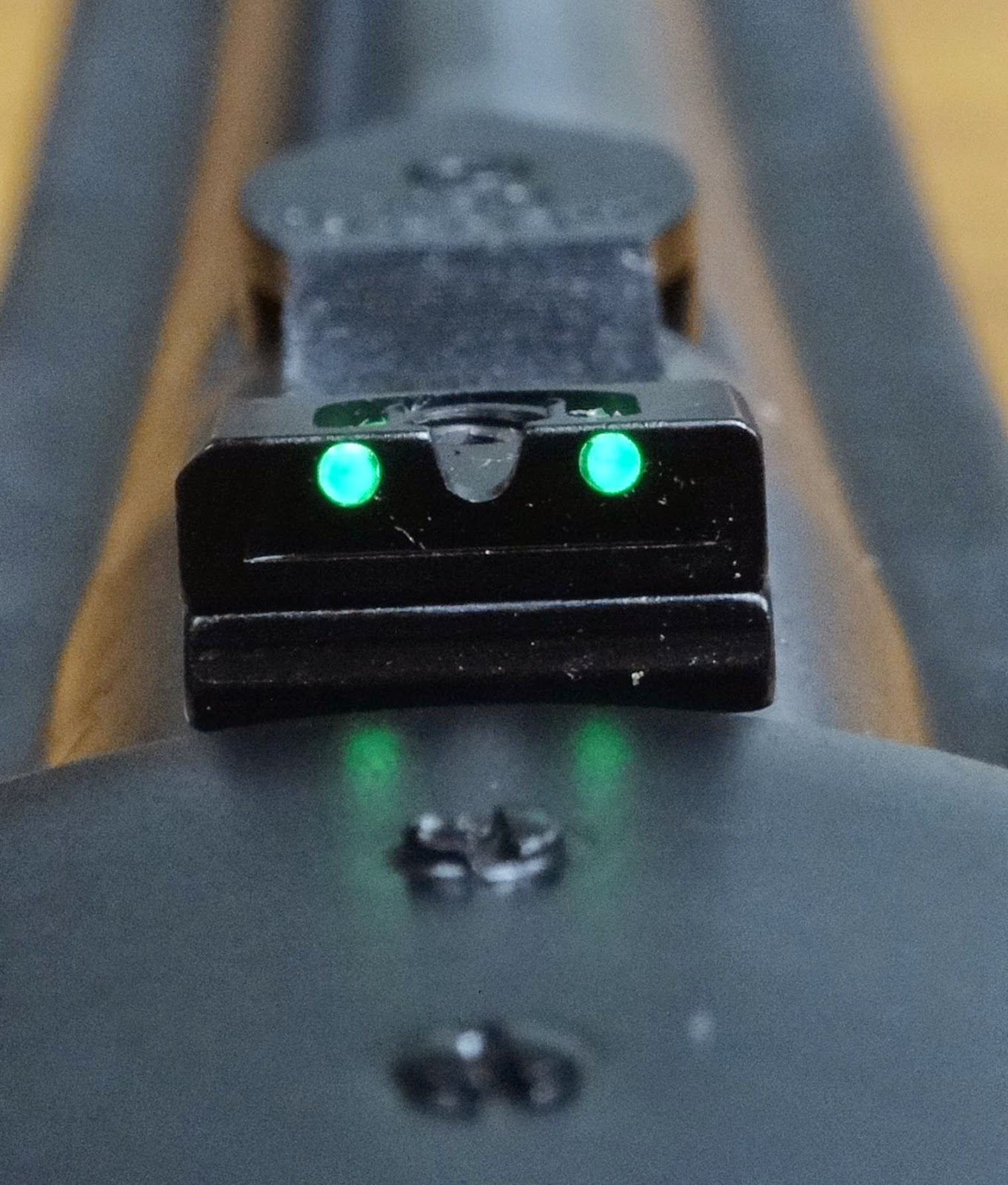 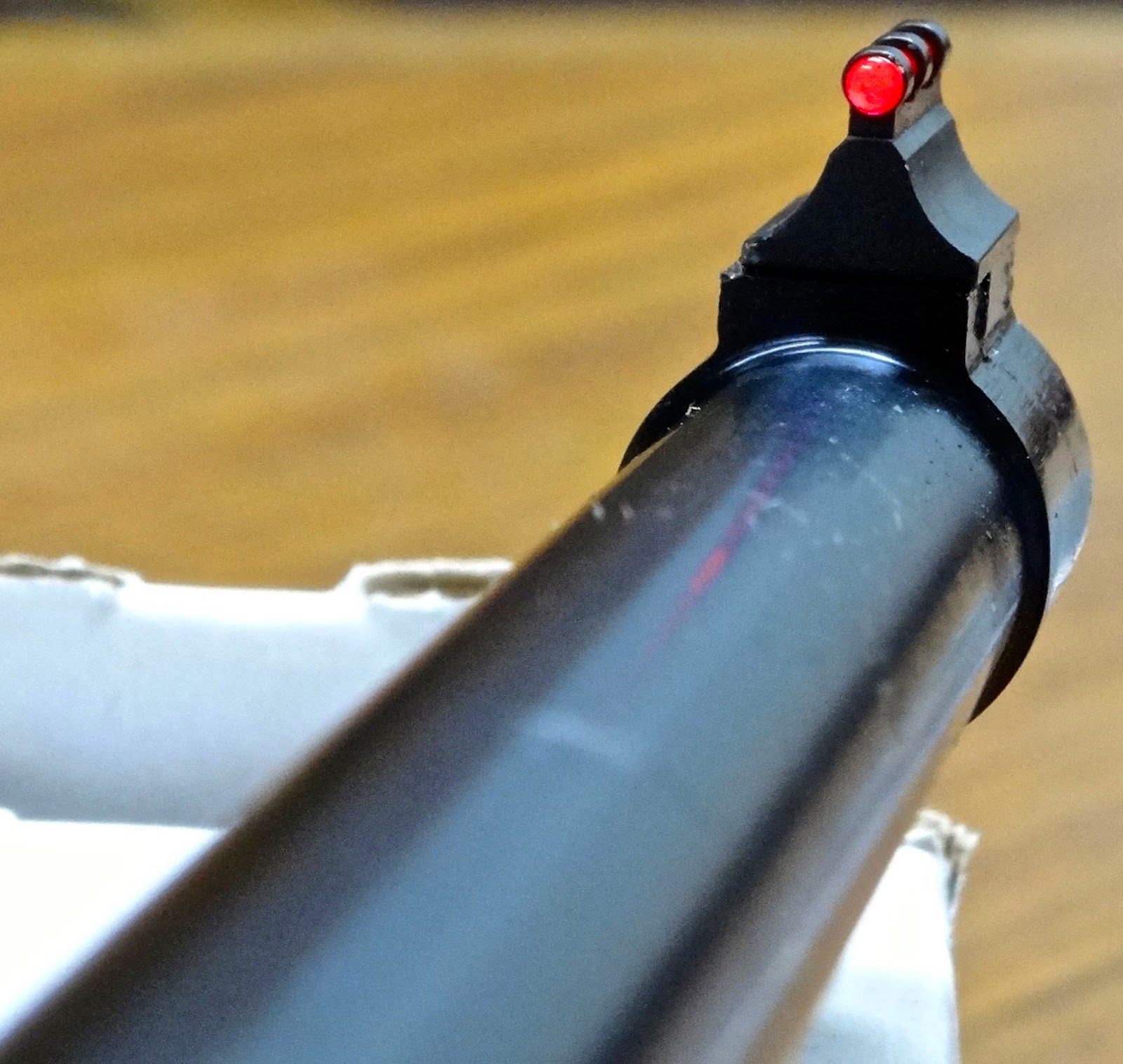 A rail is included if you want to attach other optics to the 10/22. 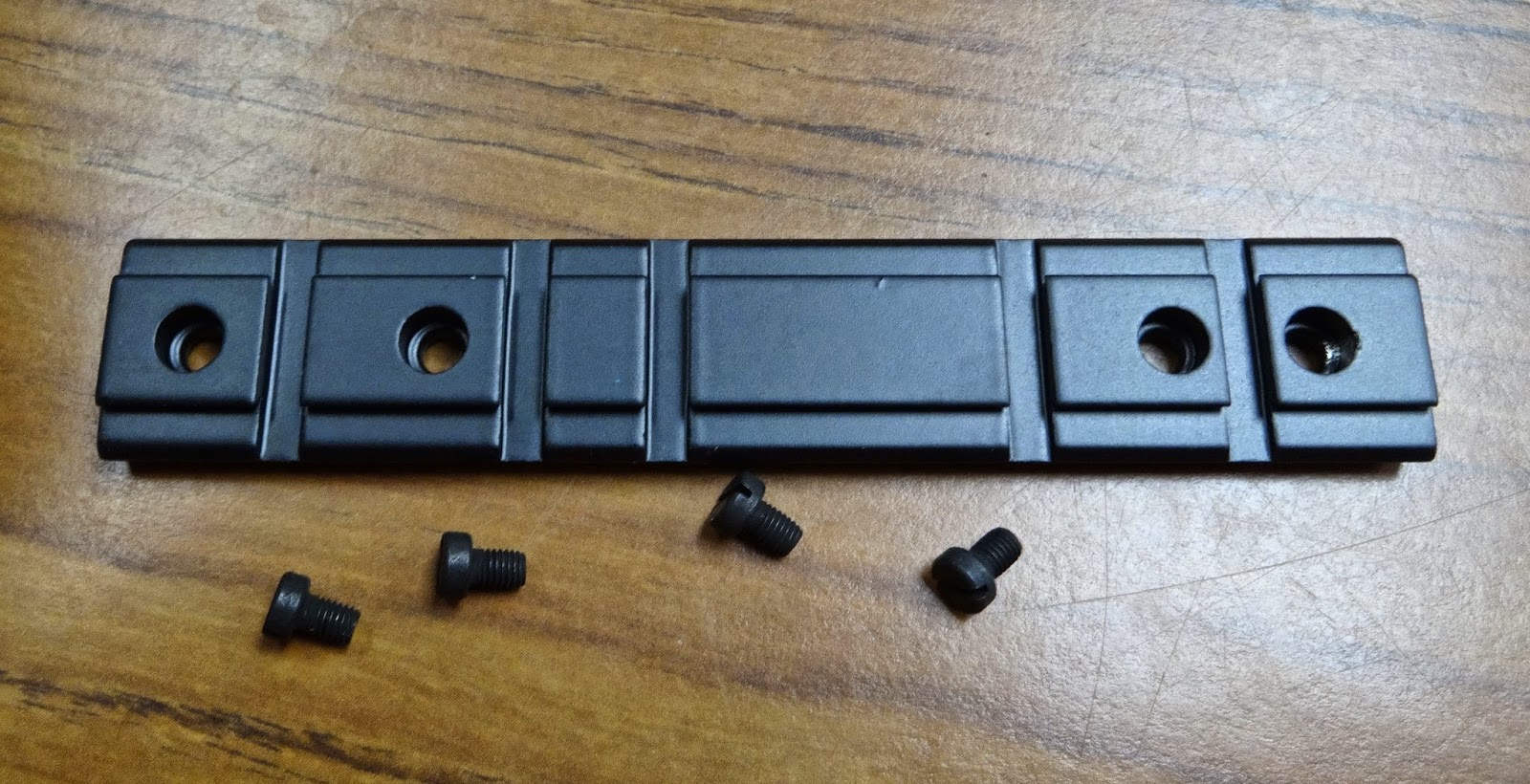 There is also a commemorative lapel pin, a bumper 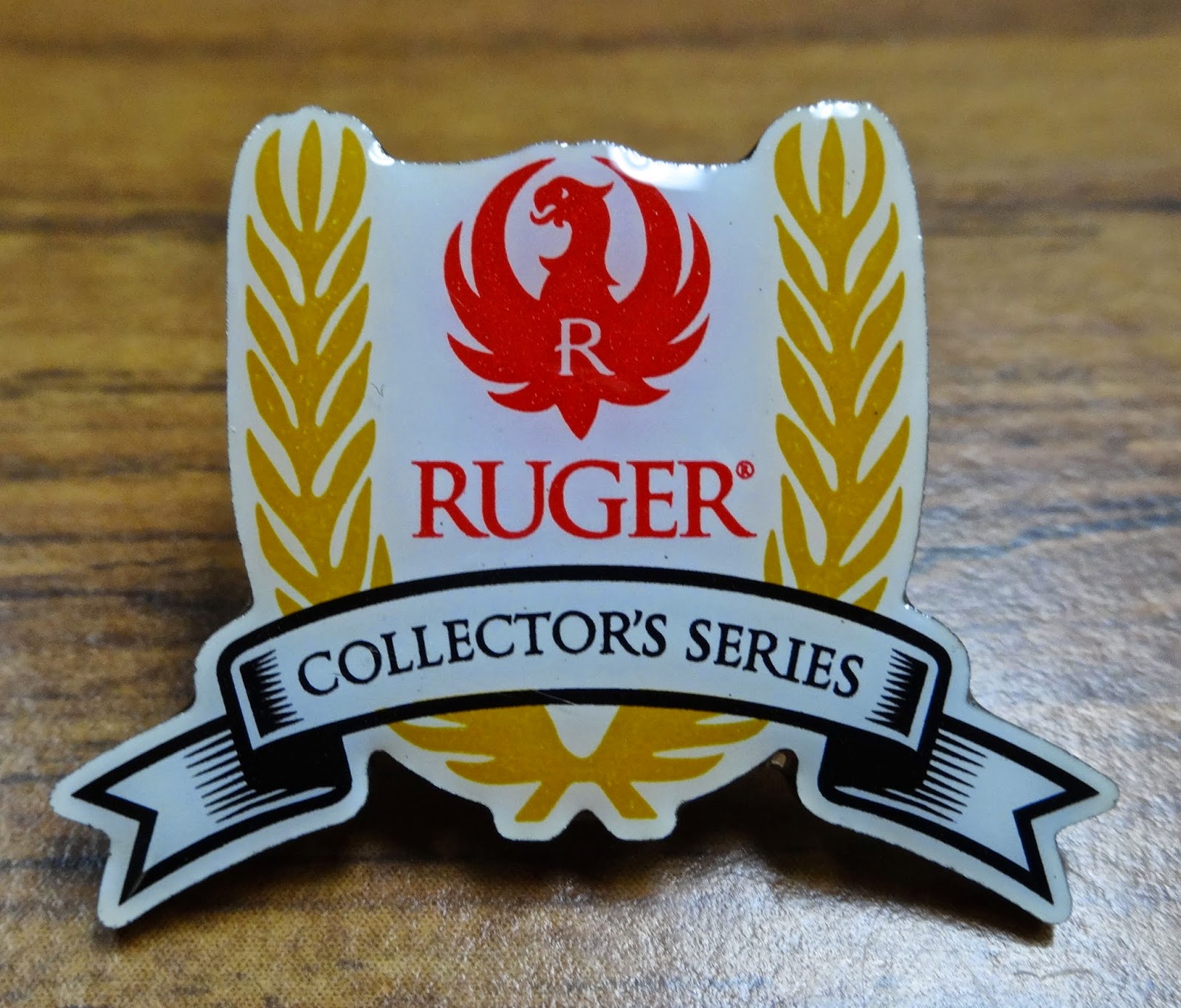 sticker and a sealed envelope containing a copy of the 1 sheet advertisement for the original 10/22.  Keep the lapel pin and ad in pristine condition for your kids to put on ebay too. 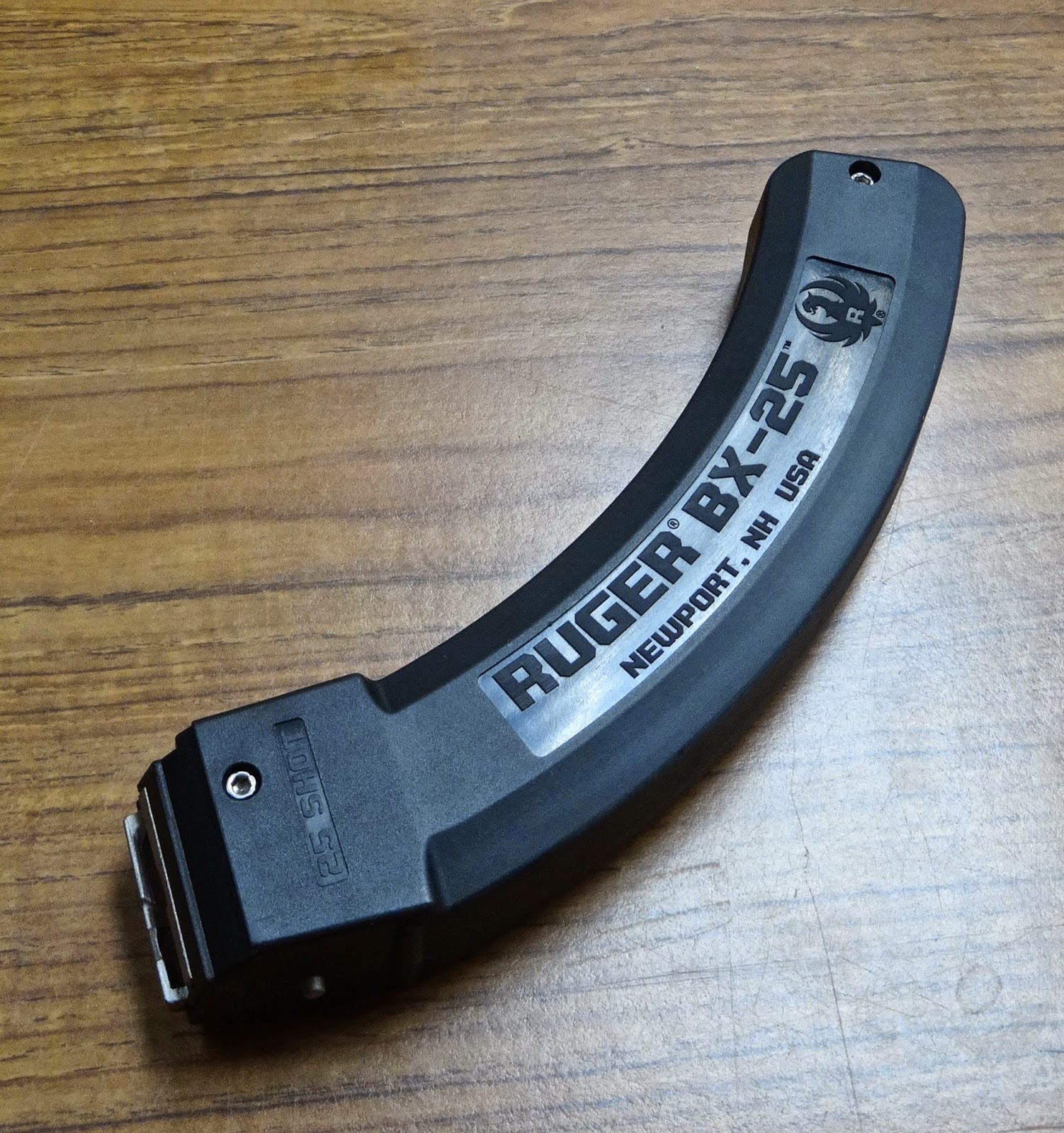 is a Ruger 25 round magazine.  I told you the box was full of goodies!

Now, if that wasn't enough, Bill's is also adding a Ruger 10/22 laser by LaserMax. 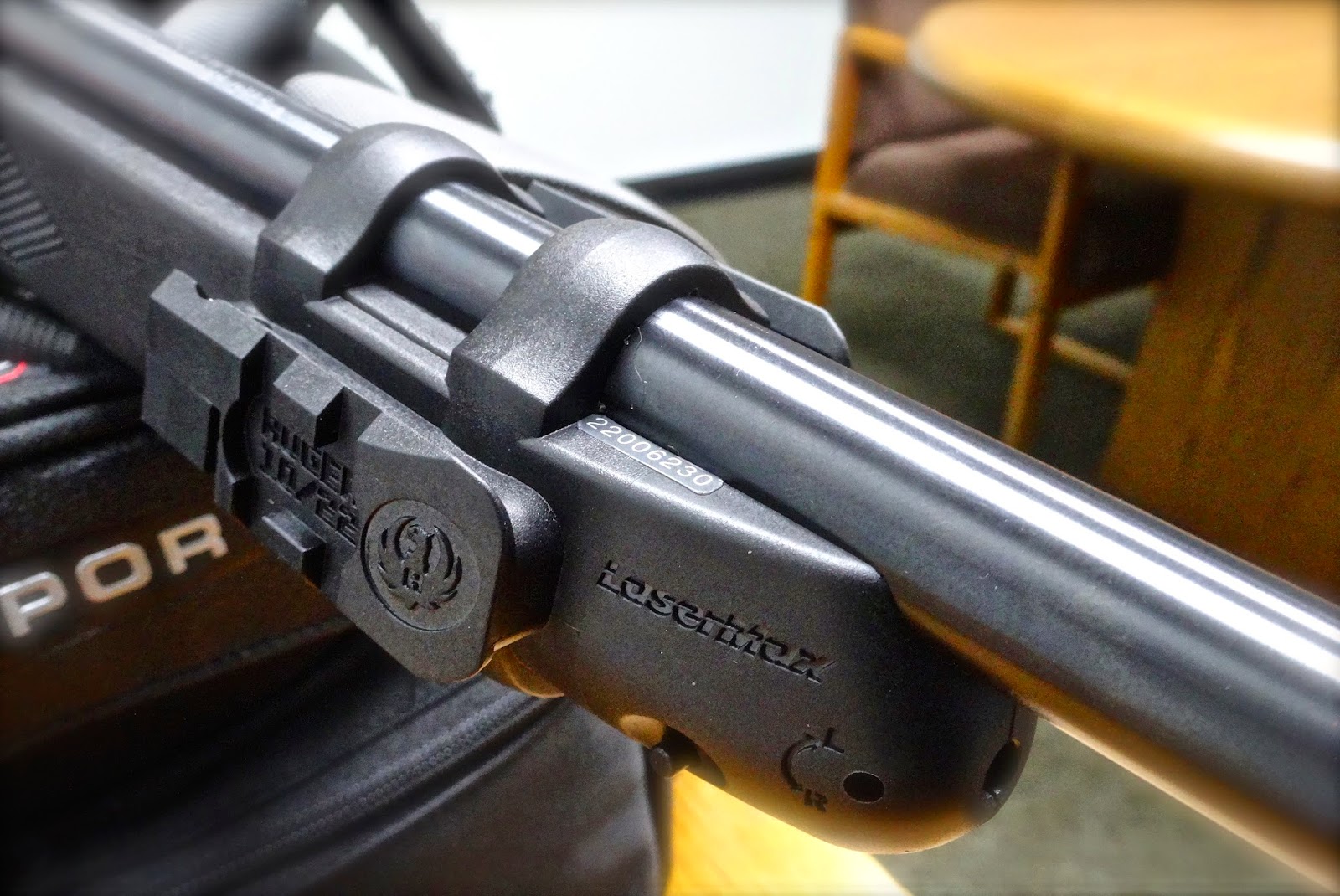 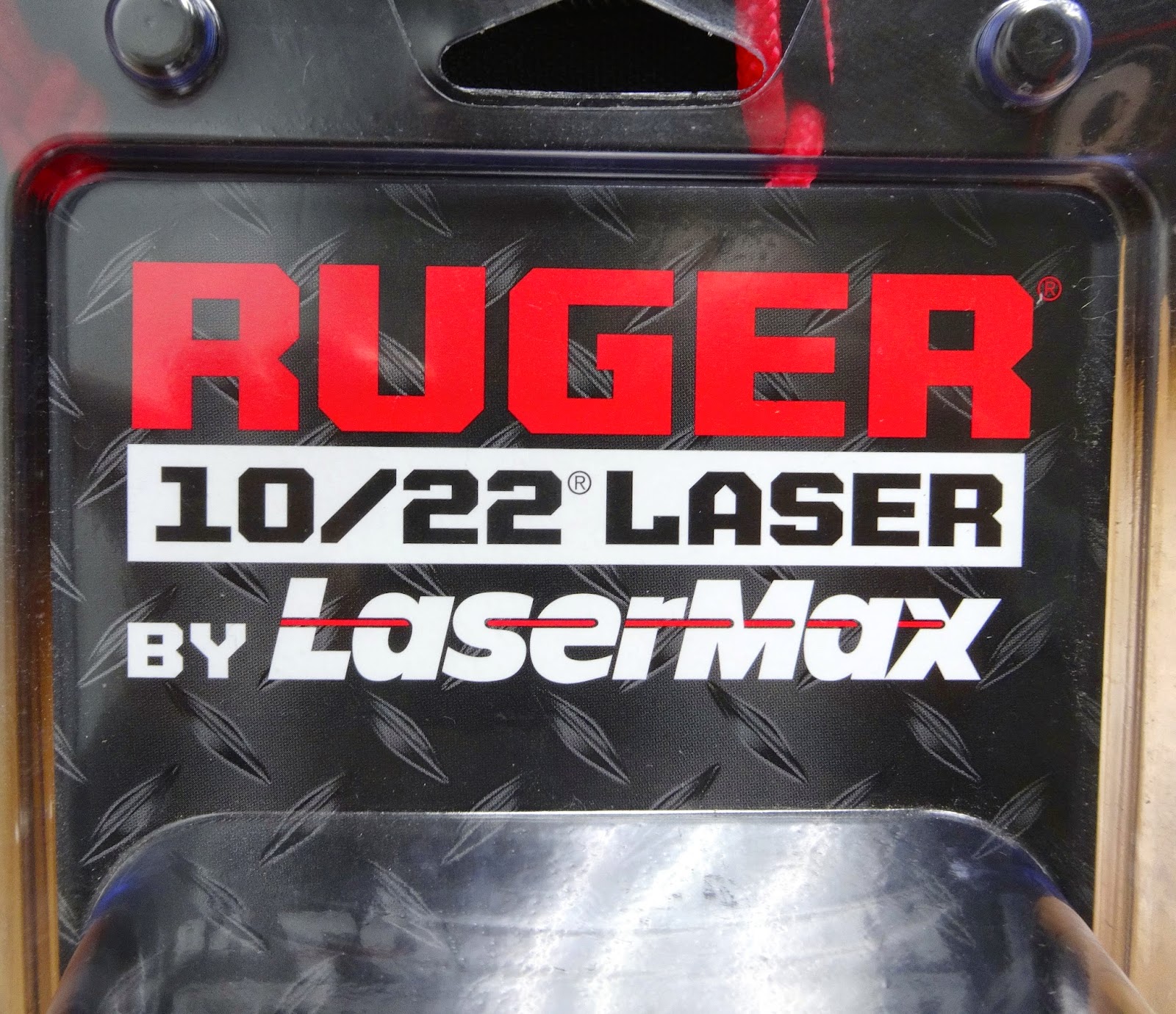 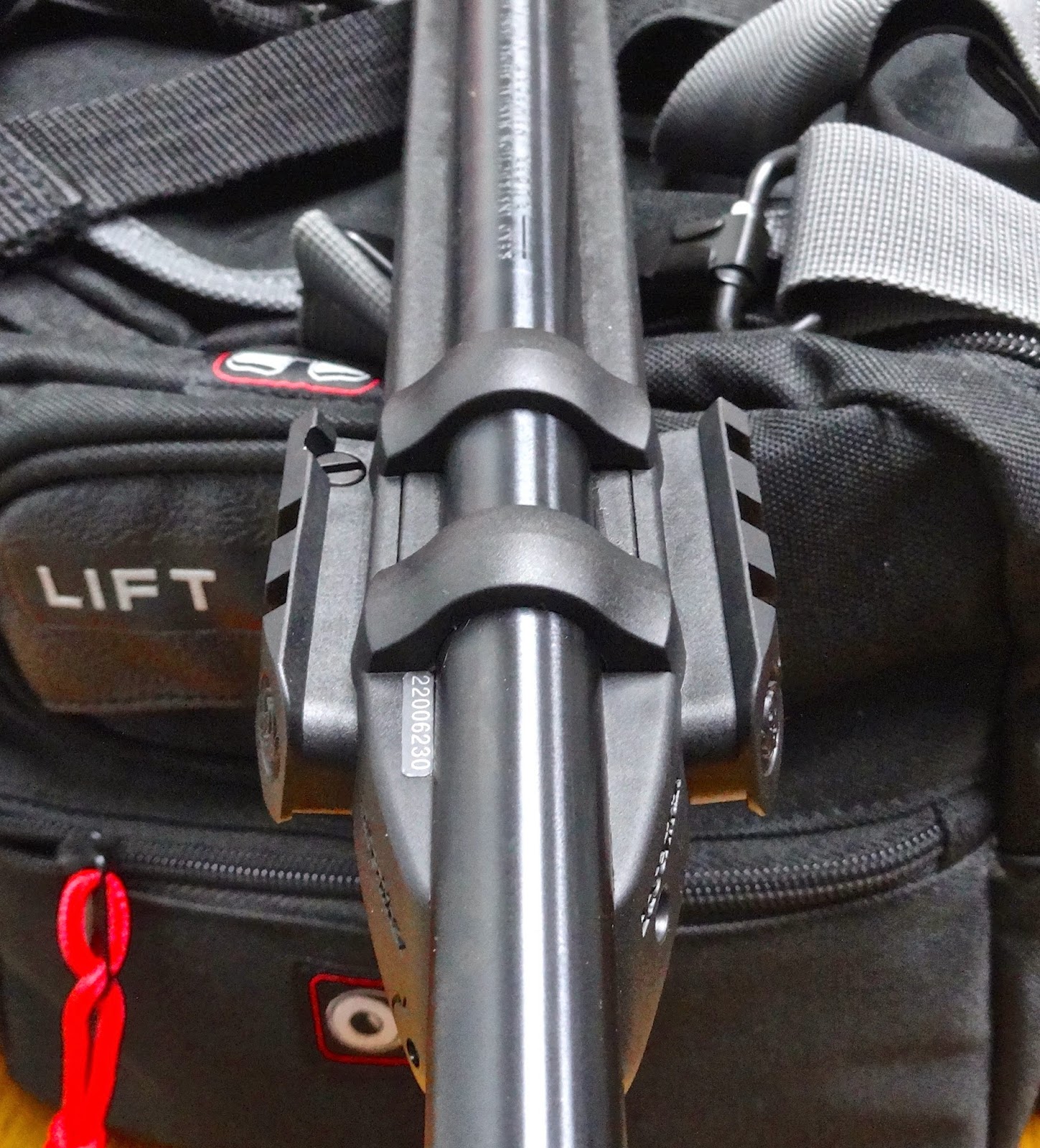 The unit attaches to the fore end and provides a rail on the side.  The allows you to also attach a tactical light which would make this an ideal nocturnal vermin/varmint control rifle.

For warm-up I put 5 rounds of Winchester M.22 ammo at 21 feet into a 3 inch Birchwood Casey target: 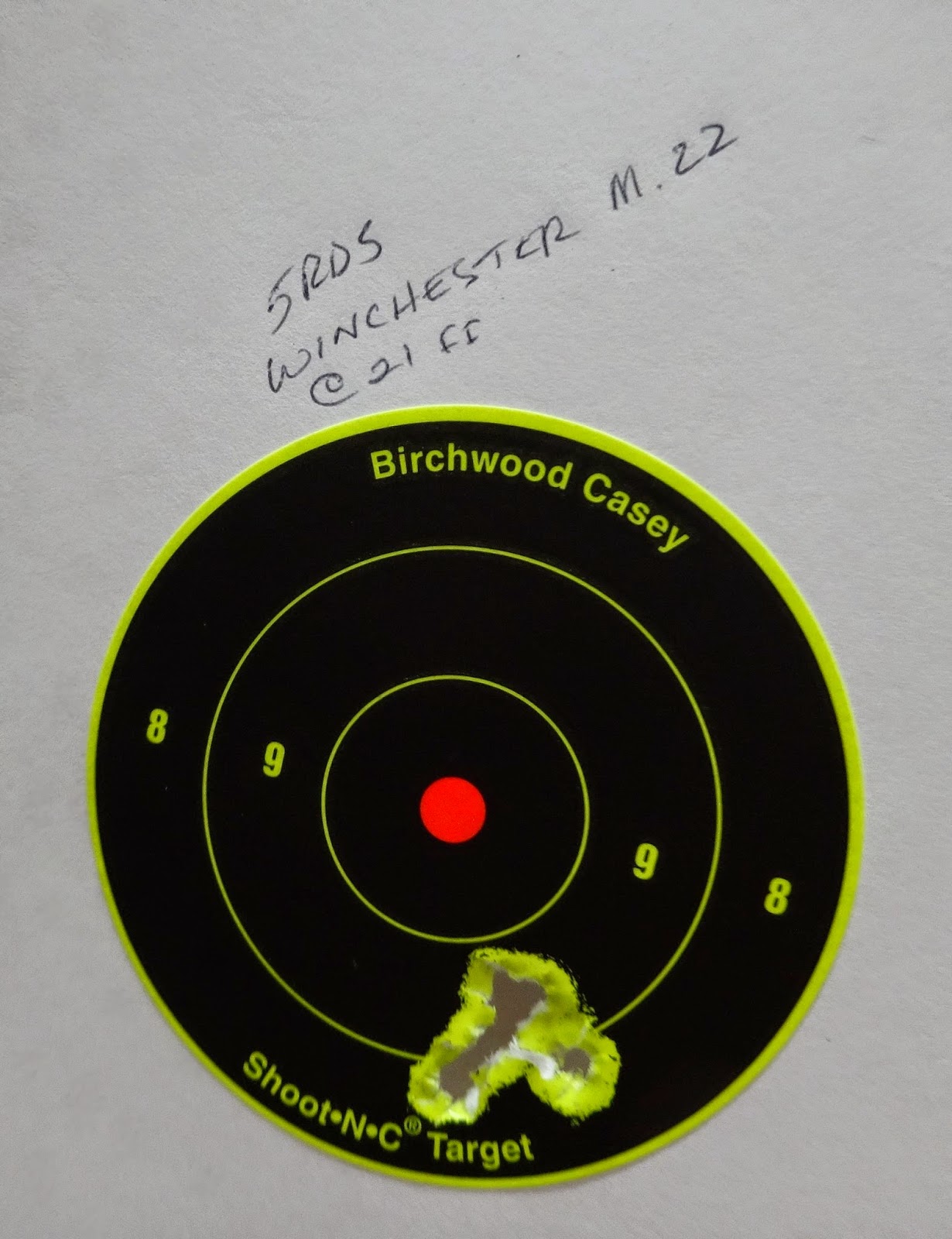 Here are two targets at 30 feet shot with 5 rounds each: 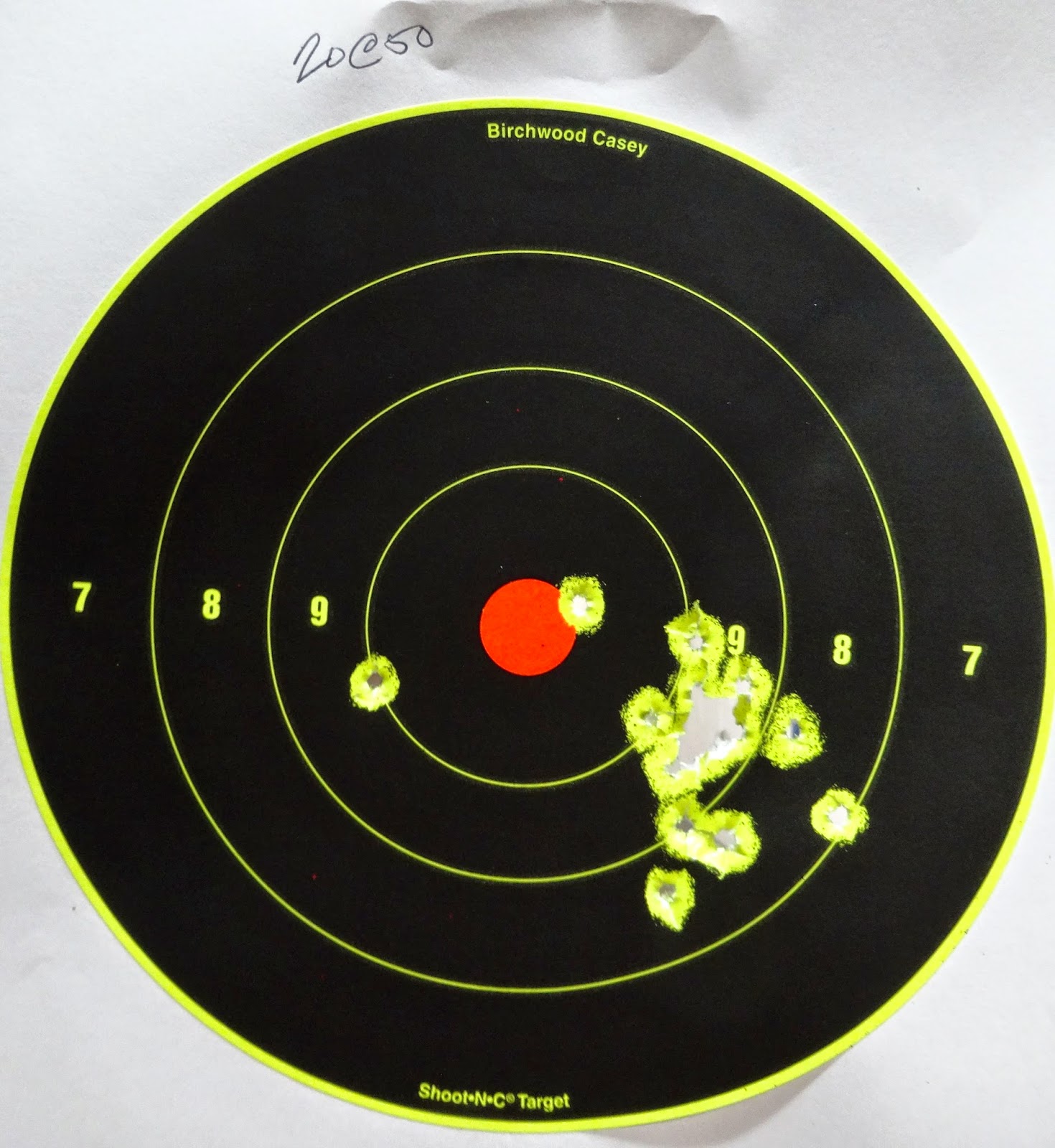 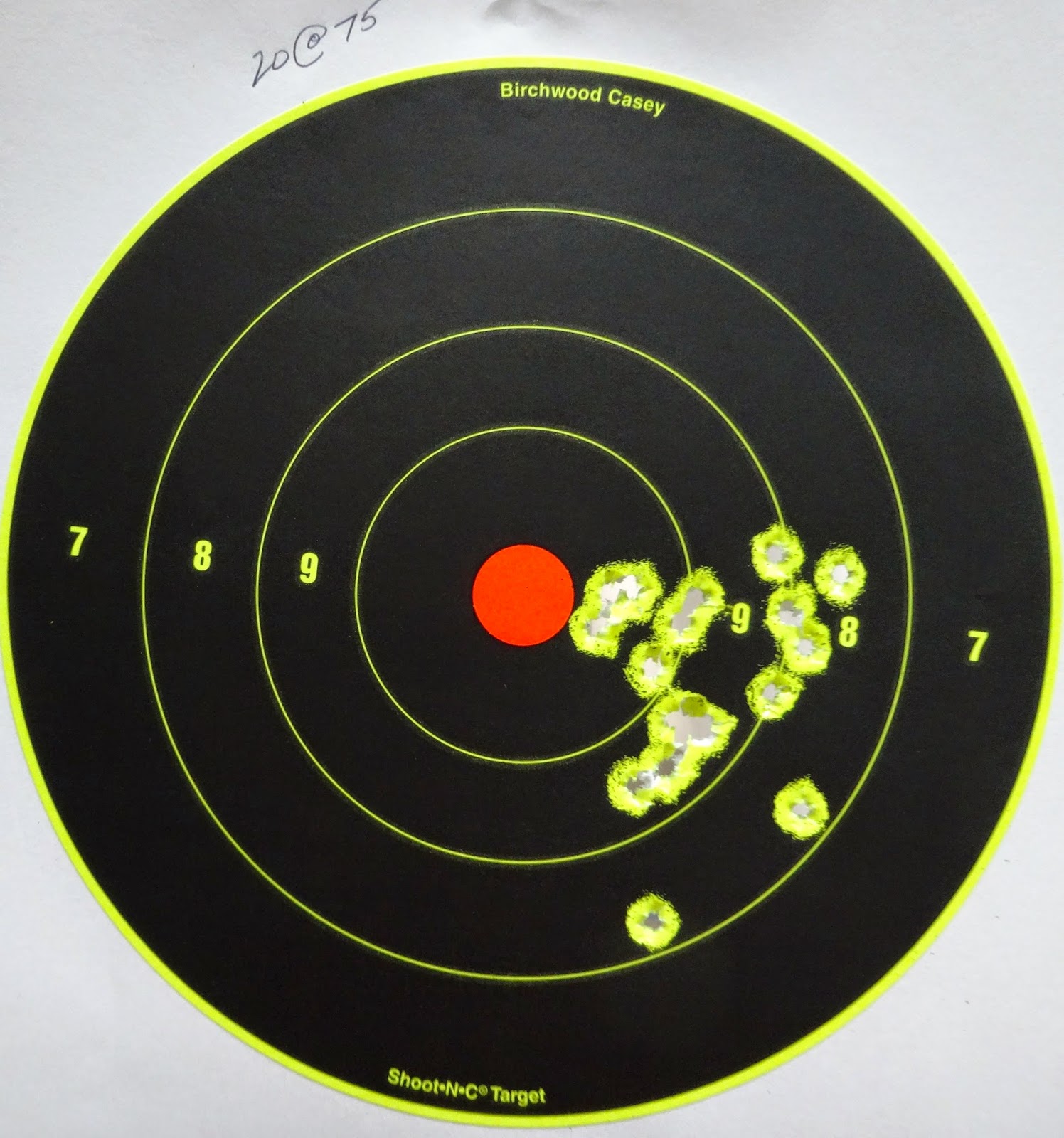 I need to fine tune the windage to move the point of impact slightly to the left but otherwise this 10/22 is good to go and a ton of fun to shoot!

How many are they going to make?