The Beretta ARX 160 in .22 LR is the company's fun version of their current military carbine that was designed in 2008.  The military versions come chambered in 5.56x45mm NATO, 5.45x39mm Soviet, 6.8mm Remington SPC and 7.62x39mm Soviet.  Along with the Italian Army it is also being fielded by Albania, Egypt, Kazakhstan, the Mexican Federal Police and Turkmenistan.  The U.S. was in the process of evaluating it as a replacement for the M4 before the replacement process of cancelled.

The Beretta ARX 160 in .22 LR is the December Featured Gun of the Month at Bill's Gun Shop and Range and I was fortunate enough to be allowed to take a brand-new-in-the-box specimen for a test drive that they were then going to use as a rental gun at their Robbinsdale range.

It was almost like Christmas morning getting to unwrap a factory fresh firearm and yes...it had that "new gun" smell.  (Please note that in the box the front and rear sights are flipped down while they are shown flipped up in other photos of the carbine.)  I have spent a lot of time recently perusing .22 LR military replica carbines and have found the quality of some to be excellent while others to be almost embarrassingly shoddy.  The Beretta ARX 160 rimfire falls into the "excellent" category and is almost indistinguishable from its combat born big brother.  One fact that is distinguishable from its big brother is that it is actually manufactured by Umarex in Germany for Beretta. 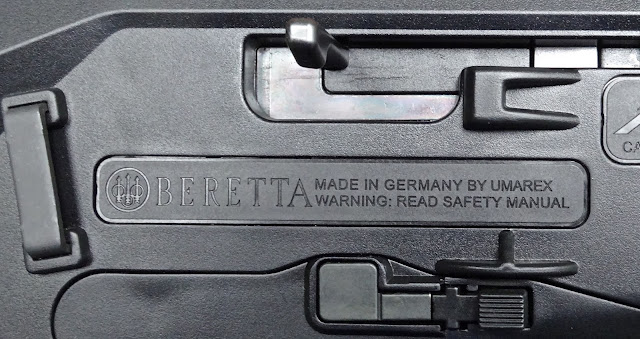 The ARX .22LR comes with a 20 round magazine and includes just about all of the features of it's military version including: 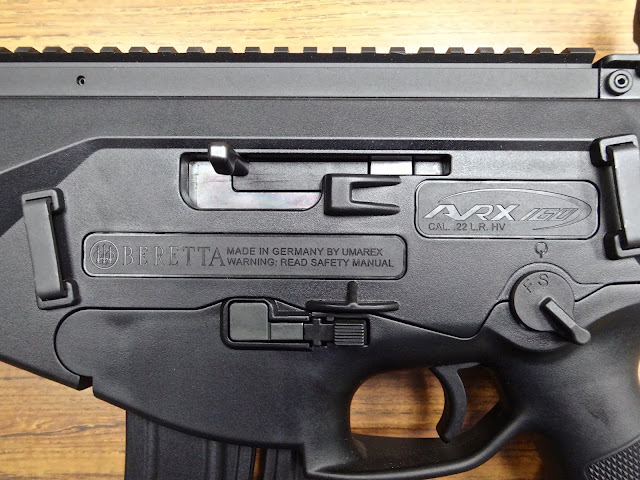 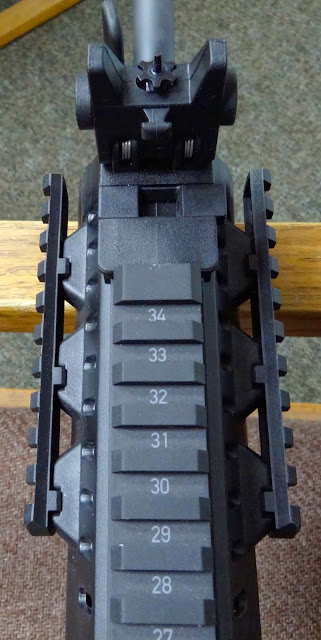 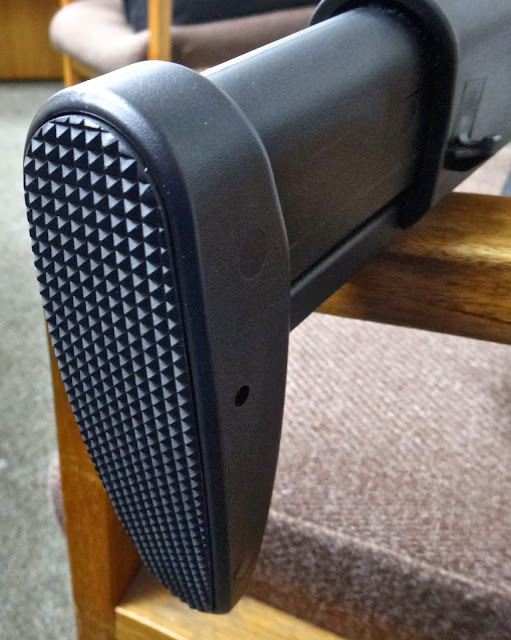 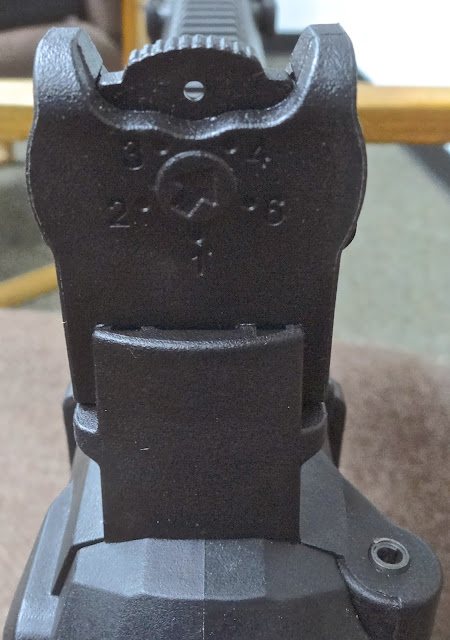 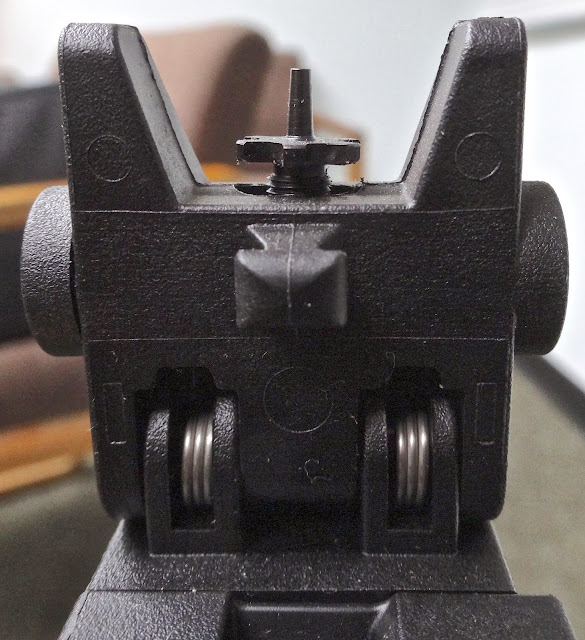 The front end of this carbine is all military business...

including the flash hider.

Alright, enough of the photos let get down to how she shoots and handles and it handles great!  Light, less clunky than it may look, comfortable when brought to the shoulder, the action is smooth and the 200 rounds I fired through it went without a hitch.  No failures to feed, no failures to fire and no failures to extract.

The only .22 rimfire ammo I had was some standard Winchester white box 36 grain plated hollow point. 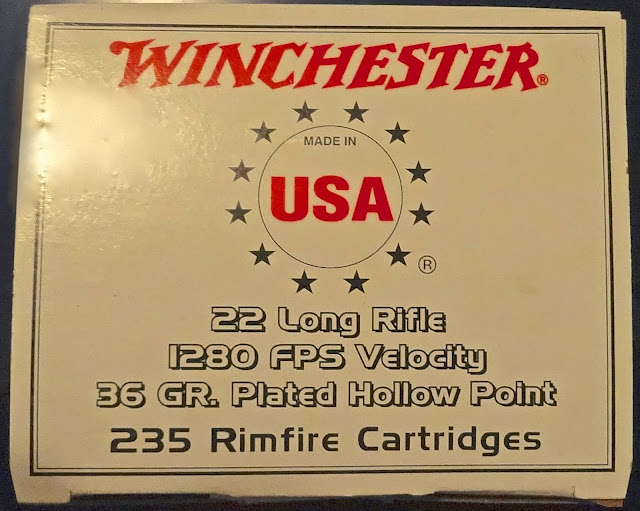 I have to admit that I am not an accomplished shooter with a military front post sight.  I really need a gold bead or an XS dot atop that post.  If I bought this carbine (and that vision has replaced the "sugar plums dancing" in my head) I would immediately take some yellow florescent sight paint and put a nice strip at the top of the post. 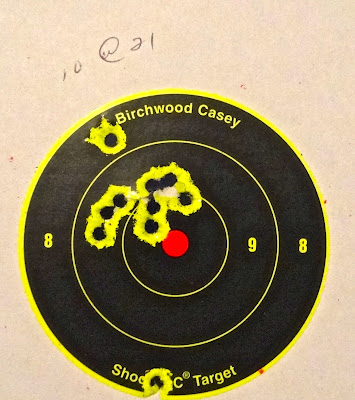 And forty round at 40 feet: 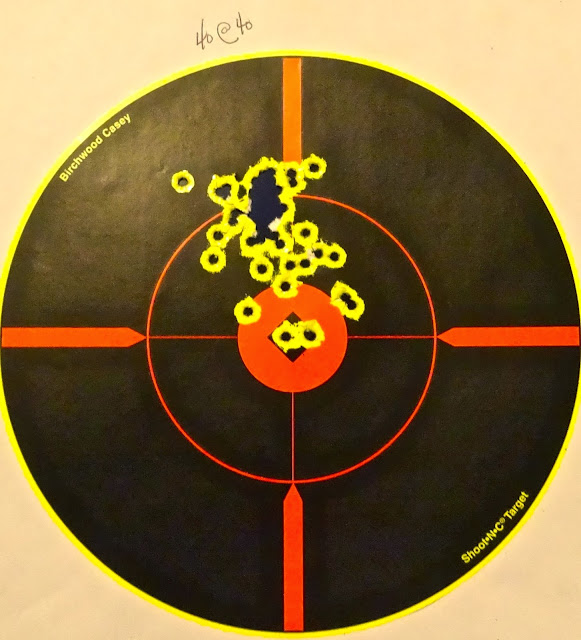 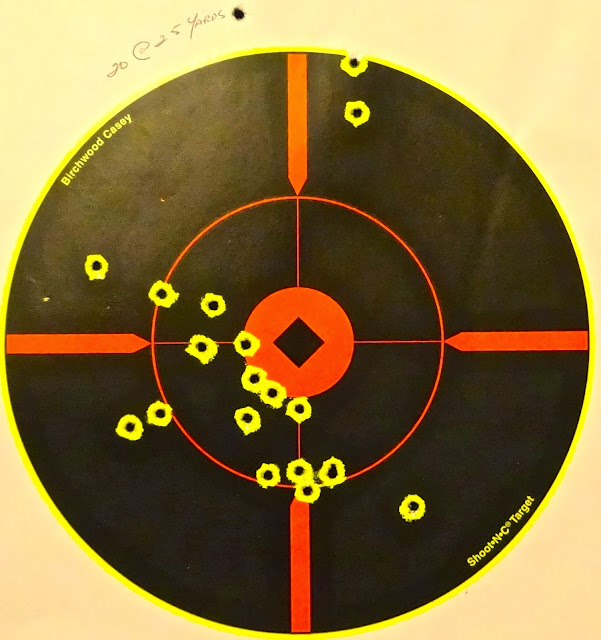 Obviously the group opened up at 75 feet but I think the Beretta is capable of better accuracy than I can wring out of it at this distance.

December is the perfect month for Bill's to offer this carbine as their Gun of the Month as plenty of kids (both young and old) will have a military replica .22 on their Christmas list.  The Beretta ARX 160 is a great choice and the holiday gives you the perfect excuse to buy one and act like it is a gift for your son or daughter.  Just be sure to bring them to the range and let them shoot it every once in a while.
Posted by Average Joe's Handgun Reviews at 11:25 PM

Just purchased a Beretta ARX 160 in .22LR and functions flawlessly. As a Marine grunt with 16 expert rifle quals. Accuracy was outstanding placing a 3 shot one hole group at 36 yards and moa at 50. Sure that 100 will open up but predict under 2". Using Brownings BPR 40 gr HP at 1430fps. My sight was a 3moa red dot. Crosshairs would definitely tighten my groups. Paid $400 and I think worth the price. Get ya one. Semper Fi.