TALO Distributors: A Company You Should Know 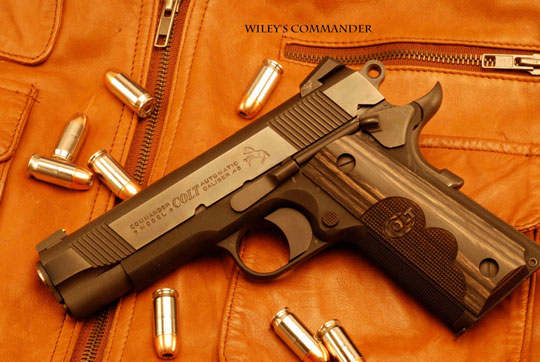 I’m sure that TALO Distributors is a company with which most of you are familiar.   TALO specializes in convincing the major firearms manufacturers (Smith & Wesson, Colt and Ruger to name just a few) to produce special limited editions of some of their most popular firearms.  While TALO considers themselves to be a distributor I would consider them to also be innovators and entrepreneurs.  So perhaps Average Joe will try to coin a new business term and refer to them as “Distroinnopreneurs”.  Let’s see that on their corporate masthead.  In some instances the firearms are engraved and/or decorated with gold and in other instances they merely request modifications in the particular firearm to make them better or to fill a consumer niche that is not otherwise being served.  A case in point is the TALO Edition of Colt’s New Agent.  The regular Colt factory production of the New Agent is an ultra-compact 1911 style pistol which has a trench running down the top of the slide for sighting purposes rather than traditional front and rear sights.  With the TALO edition the trench sights are gone and replaced by XS sights both front and rear.  The rear is a standard pattern XS wide “V” sight with a white bar at the center point where the two sides of the “V” meet.  The front sight is the beloved XS Big Dot tritium night sight.  This offering is available in either .45 ACP or 9mm and I would love to put one of these pistols through its paces.  A brief video on this pistol can be found here:
http://www.youtube.com/watch?v=MENSxjp67NA
TALO is not new to Average Joe.  In 2007 I was lucky enough to acquire a Kimber Diamond Grade 1911 pistol. 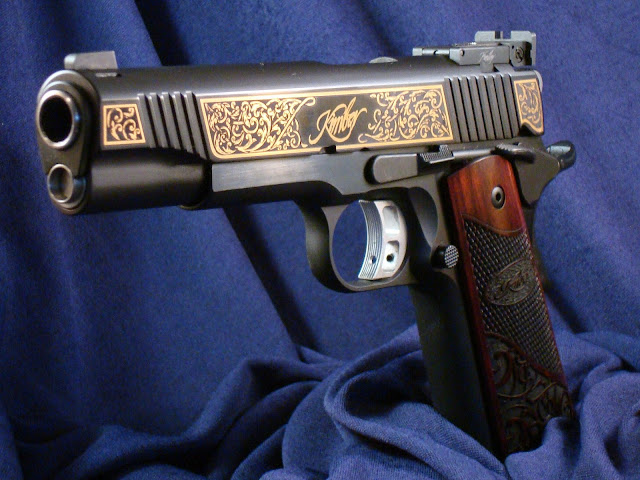 It was a sweet shooter and for those who have not read it the review can be found here:
http://averagejoeshandgunreviews.blogspot.com/2007/03/kimber-diamond-grade.html
Recently I had the opportunity to correspond with Bob Coyle from TALO and discovered that although TALO hit my radar screen about 10 years ago they have actually been around since 1965 when a group of hunting and fishing wholesalers formed a buying cooperative that now includes 14 members.  Their mission is to bring unique ideas to life through their relationships with the manufacturers and thereby provide their dealers with special, limited edition firearms that appeal to the collector, the recreational shooter, and those who are looking for the best tool for their personal defense.  The original group was located in Texas, Arkansas, Louisiana, and Oklahoma which is the origin of the acronym TALO.
TALO has many new and innovative firearms coming out this year such as the Wiley Clapp designed 21st Century Commander: 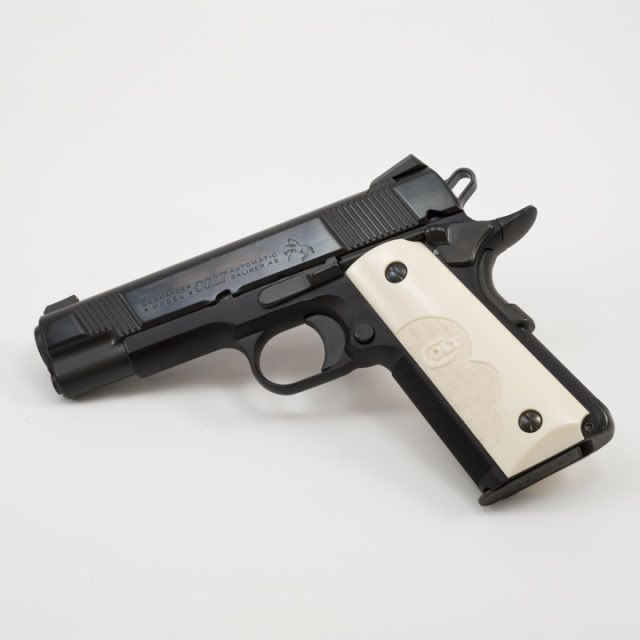 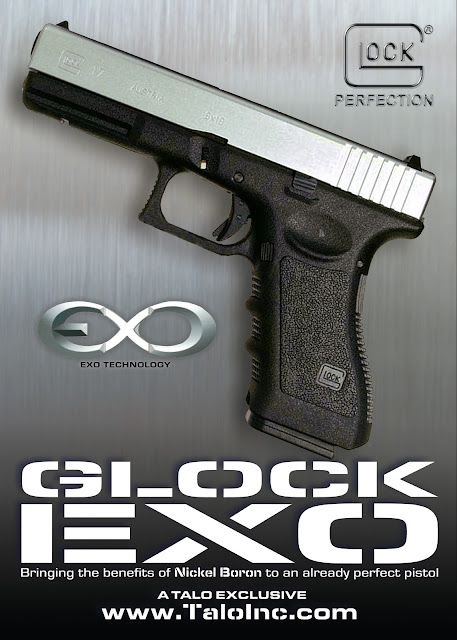 And the Smith & Wesson .357 Magnum Series which is a trio of “L” framed model 686 revolvers with a very intriguing grip design. 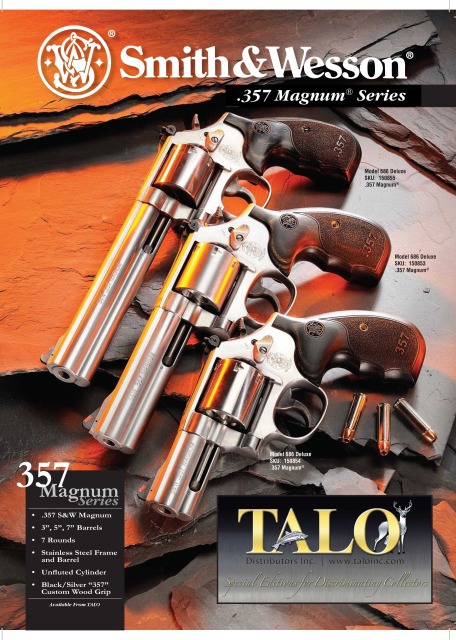 I would love to get my hands on the model with the three inch barrel.
I was particularly interested in finding out where TALO gets their ideas for their exclusive products.  Bob responded that they come from a wide variety of sources including TALO personnel, sales people, the manufacturers (such as Smith & Wesson and Ruger), firearms industry writers, and the end user.  For instance the Wiley Clapp Commander resulted from a conversation with Wiley and Colt Management.
I specifically asked Bob whose idea it was to put sights on the Colt New Agent which was specifically designed without them.  He replied “Customers asked for them” (Wow…a company that actually listens to their customers and heeds their requests).  Bob then told me that the idea for the John Wayne Commemorative Ruger Vaqueros was hatched during a golf game with executives from the Winchester Ammunition Company.   Bob finished by saying “Sometimes we think clearer with a fishing pole in our hands” and for more information on that click on the TALO logo to the right of this article and look for the link to “TALO Boondoggles” on the left side of their homepage.
There is one other thing about TALO which makes them a company that Average Joes recommends.  Their special editions are sold at an attractive price point not that much higher than the price of the manufacturer's original firearm.  Quality and Value are two hallmarks for which Average Joe is always on the lookout.  So click on the TALO logo to the right to visit their website; once there look for the link titled “The News” to see what they have coming out in the near future.  As always, be sure to tell  ‘em that Average Joe sent you.
Posted by Average Joe's Handgun Reviews at 9:32 PM

Good info- I like the new agent!
The S&W 686's look very nice
looks like 2011 is starting off with a bang! PUN intended -
Any thank's again for the great review
Al

Just wanted to say very disappointed with the 686-6 Talo, many of the guns are in very poor condition being shipped to Dealers and the customers.

I agree ! Bought a .45 Colt ACP TALO. Wiley Clapp Model. Worst junk I've ever wasted my hard earned money on. If you want a solid excellent 1911 Model, buy a RUGER!