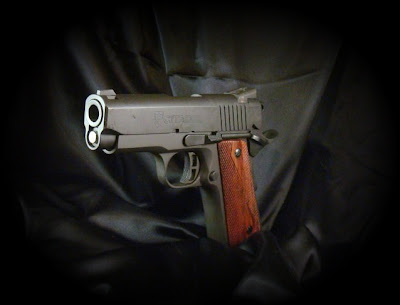 Without a doubt 1911 style pistols have been very popular in the U.S. since, well, 1911. As we approach the centennial of John Moses Browning’s genius design there are more manufacturers producing 1911’s than you can shake a stick. The 1911 was synonymous with the word “Colt” as I was growing up. In fact as I grew up it was mostly referred to as the “Colt .45” and occasionally mentioned as the “Colt Government” or “Colt Commander” (denoting either a 5 or 4.25 inch barrel) . It wasn’t until Colt began to turn their back on the civilian buyer and the mantel was picked up by the likes of Kimber and Springfield (and later arch rival Smith & Wesson) that I began to here it referred to as the 1911.

1911 pistols have been fairly expensive prospects since Colt produced them up to the current time when a nice one goes for around $1,000 and REALLY nice ones rocket up to $3,000. There have been some budget pistols produced which have usually wind up as a project pistol for a local gunsmith to make it reliable and perhaps stick a few additional bells and whistles.

Legacy Sports International (LSI) has released a line of 5 and 3.5 inch 1911 pistols which are available for a touch under $500.00. While 500 bucks in not an insignificant chunk of change it is a pretty low price for a 1911. My local gun shop and range had a bunch of them sitting of the shelf below the $2800.00 Nighthawks. After a couple of months of paying them no mind I decided to see if the Citadel was a pistol you could bet your life on.

LSI gets the pistols from Armscor and they are manufactured in the Philippians. I chose the 3.5 inch Concealed Combat that sported the following features:

Of those features I can usually do without the extended beaver tail and the bushingless bull barrel with full length guide rod. The extended beaver tail makes the pistol uncomfortable in an inside-the-waistband holster as it sticks in my side. These were originally all the rage to keep the spur hammer on the old Colt Government models from biting the web of your hand. The rounded hammer pretty much handles that so the skinny elongated beavertail just seems to me to be something else to get in the way. The bushingless bull barrel with full length guide rod likewise seems to serve no positive purpose and have the unintended consequence of usually making the pistol more difficult to disassemble and reassemble. Now the Citadel did not seem to be too back to field strip and put back together but no one has ever proven to me that the bushingless bull barrel with full length guide rod is either more reliable or more accurate than a pistol without these features.

Let’s break those Key Performance Indicators down and talk about what they mean:

There is not really a whole lot to say about the Citadel from a handling standpoint. It is a 1911 all the way around and it you like the feel and ergonomics of a 1911 there will be no disappointment with the Citadel.

The Citadel Concealed Combat is somewhere between a Compact and Ultra Compact pistol. Its 3.5 inch barrel is three quarters of an inch shorter than the Commander sized 1911 pistols and one and a half inches shorter than the full service-sized Government model pistols. It carries well in an inside-the-waistband holster but, due to the weight of its all steel construction you will need to find a sturdy holster and belt to make sure it stays put in whatever position you find the most comfortable. 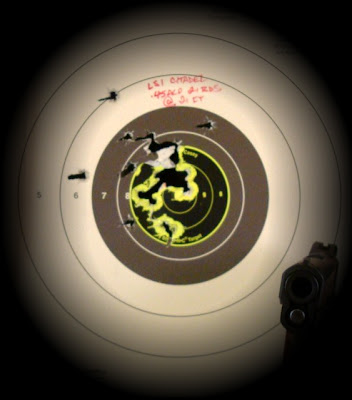 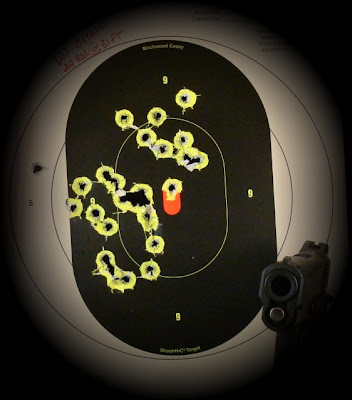 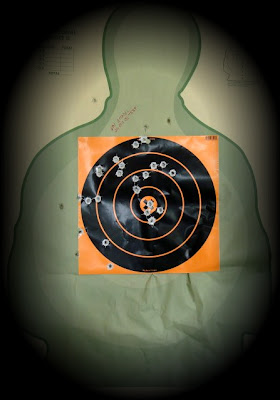 The LSI Citadel will provide you with formidable caliber in a completely usable package. Yes, its fit and finish could be better, the trigger could be smoother, it could have some type of enhanced sights, and it would be nice if it were a little more accurate. It you have to have that then move up the Kimber, Springfield, Smith & Wesson, and STI shelf. Oh, and be prepared to spend an additional $700.00.

Thanks Man! Great review. I really like you rating system. Subscribed

thanks for the info,great review.

Thank you for the info... looked for others but seams its just to new yet i guess.

Thanks for the review. and Im happy you mentioned the 700.00 difference for some bells and whistles. I just bought the concealed carry yesterday because Im almost more and it took 90 days to pay off. Its nice to see there are average joes like me that just have to buy what we can afford.

Im happy to find a person that does a realistic firearms review for the average joes. That is an accurate review as I just payed off my lay awayed concealed version a week ago and I've already put 400 reloaded rounds through it without any flaws. I did change the grips to rubber ones for comfort. Thanks again for the great review!!

I bought one of the compact versions and have to say I am very happy with it. the review helped me make the decision to buy one and agree with everything that was said. I would also like to say that for the price it is one of the nicest 1911 compacts out there that I have shot.

I have a few American made full size 1911s, so I don't feel any guilt buying one foreign made concealable 1911, the Armscore guns are a good gun, I'd trust them over the Brazilian pistols. One bone to pick, Your comment that $500 is considered low end for a 1911 bugs me greatly. It was not that long ago that Kimber's classic custom full size entry model could be had for around $550-$600 and an Armscore model would cost around $350! Its time we Americans stand up against the theif known as inflation! Gun prices have outrun inflation by a heck of a lot over the years and its time we demand a reason for this. I understand steel prices have skyrocketed, but there has to be more too it. I used to tell folks that there were good auto guns for defense that could be had for a good price. Nowdays new conceal carry folks tell me what they have to spend. They ask me about autos and I say they can't find one for the amount they want to spend. I tell them to look into a good snubby 357 revolver! Nothing wrong with a good Ruger SP101 357magnum, revolver's go bang every time you pull the trigger! But its a shame that its more and more impossible to be able to afford a good 45 or 40S&W auto!

I just came from the gun stores unsure of which "budget" 1911 to purchase for concealed carry. Fortunately, I just came across your article and supporting photos. Thank you for superior research and writing--my decision just got easy!

Finally an honest handgun evaluator. After 30 PLUS years, blessed to find you! THANKS

Did you have any feed trouble, I brought it home and fired it, and I was having some feeding trouble, no stove pipes, but it was like the first round did not want to chamber?

No I did not. You might try changing ammo or just putting more rounds through the pistol. Some 1911's need about a 250 round break-in period. Also try downloading the magazine by one round. If that works then the pistol is going to have to go back to the factory or authorized repair station.

have had my citadel 5" barrel 2 years and probably ran 500 rounds through it with no problems ever. for the price you cant beat it and your ratings are pretty much dead on

Did that problem continue?

I have one like it a lot the biggest problem I have with it is a once every 15 clips or so I get a stove pipe. However for the price the gun is very accurate and makes cc. a snap. thanks for the great review.

thanks for the simple but effective testing and review of the citadel. i've been considering one since march as i have always wanted a 1911, but an auto from a lesser known...hmmm. one gun dealer where had gone had assured me the citadel was a solid piece. like you he said it is a budget gun, it doesn't have all the thrills of a higher priced name brand model. they cut corners a little in places but none that really affect the guns works. i was going to get mine earlier today but ran late and am having to wait until tomorrow. i'll come back with my own review in a day or two, thanks again.

Wanted to purchase a 45 for carry reasons.....used to own a Sig P220...slept with it I loved it so much....after reading your article I went to the store and handled the CITADEL 45.....can't compare it to the Sig, but for the price...it's just as good in bed...and I can take it anywhere I go....thanks

Good Honest Review, I got mine in California last year. We have to pay alittle more for everything here . I am very happy with mine it is as reliable as my Kimber at 1/2 the price ( not quite as pretty put very useful when Iam out in the desert or mountains. I am 60 years old and have bad arthritis my Citadel broke in nicely and shoots everything I feed it . Thanks!
No Berps enen,

I appreciate your time sir. I was considering making a trade for one of these and you made up my mind. I make decent money but even if I was wealthy I couldn't bring myself to carry around a 1k plus pistol that may get dropped, banged, and well just plain used a lot. I really enjoyed the rating scale. Too many people take for granted the time people like you take that allow buyers to make an informed purchase decision. So I thought the least I could do is say thanks and keep up the good work.